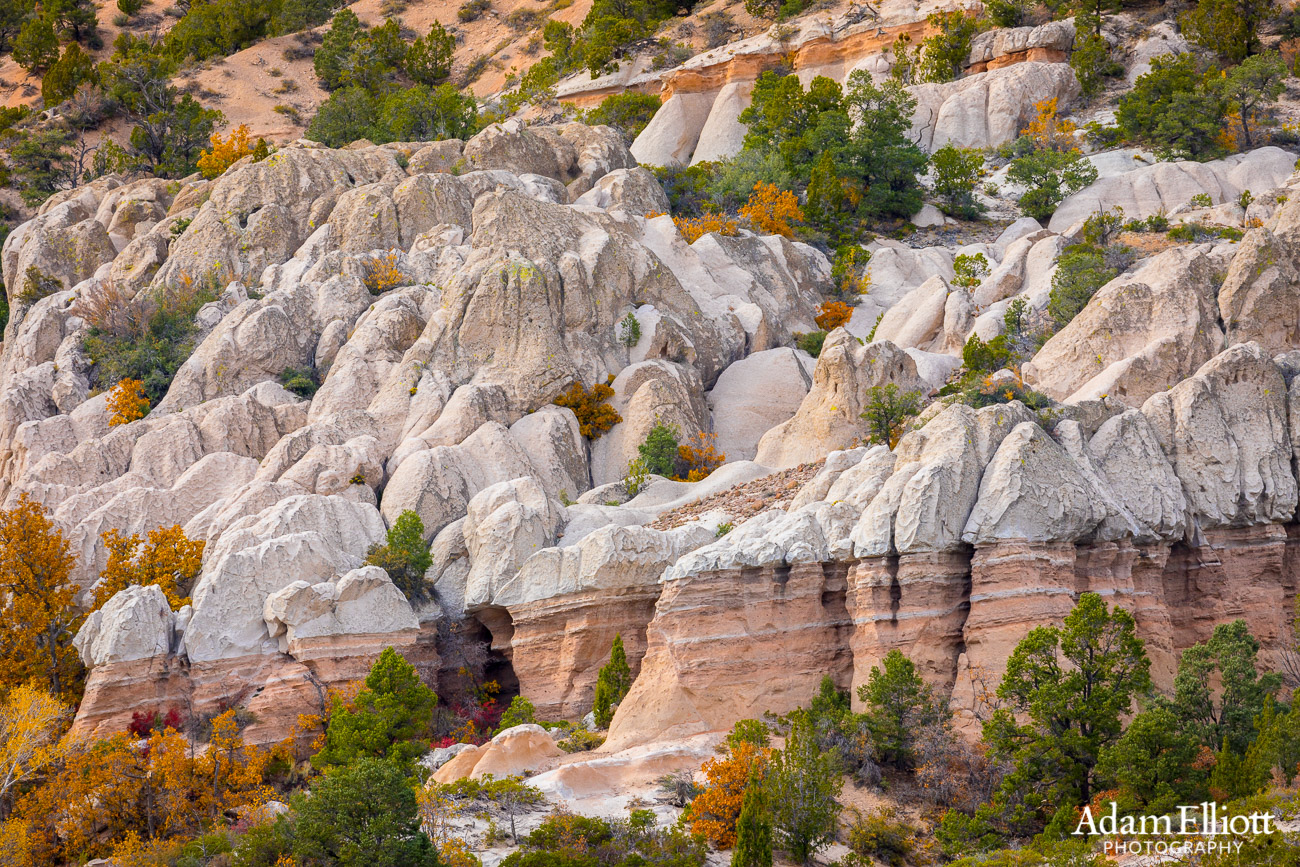 The Most Remote State Park in Nevada

When I drove into Beaver Dam State Park there was nobody there. There were no visitors and there were no rangers. It was completely abandoned and I had the entire park to myself the whole afternoon. I don’t think that has ever happened to me.

Unsurprisingly, the park is known as the most remote state park in Nevada. It is located way out in the middle of nowhere amidst the debris of an ancient volcanic eruption. Scattered around the park are tuff formations created from eroding ash deposits. Other places have hot springs, and Beaver Dam Wash flows through the middle of the park from it’s nearby headwaters in Pine Park.

To get there I drove about 60 miles on dirt roads from near Ivins, Utah. It’s about half that distance by dirt road from the Caliente, Nevada, but Caliente is already pretty far from anywhere else. I made a loop and continued my dirt road drive to Enterprise, Utah, where I took the paved highway back home.

After driving a few hours I entered the settlement of Barclay, Nevada, which is also in the middle of nowhere. A few ranching families live here in isolation.

The area was first visited by emigrants looking for a shortcut to California. They made a huge mistake but noticed how interesting the place was. Some families stayed in the area, among them, the Hamblins. Later when it was made into a park the Civilian Conservation Corps built a lot of improvements that were destroyed by floods only a few years later.

There are virtually no trails in the park but the Civilian Conservation Corps did build one along this stream to a hot springs, so I walked it. In the fall it’s a very peaceful stream.

On the left is the hot springs. The CCC built the little bathing pool and some concrete shelving so you can dangle your legs into the stream. The water was warm but not hot. Shortly downstream the creek goes over a falls into that crawfish pool.