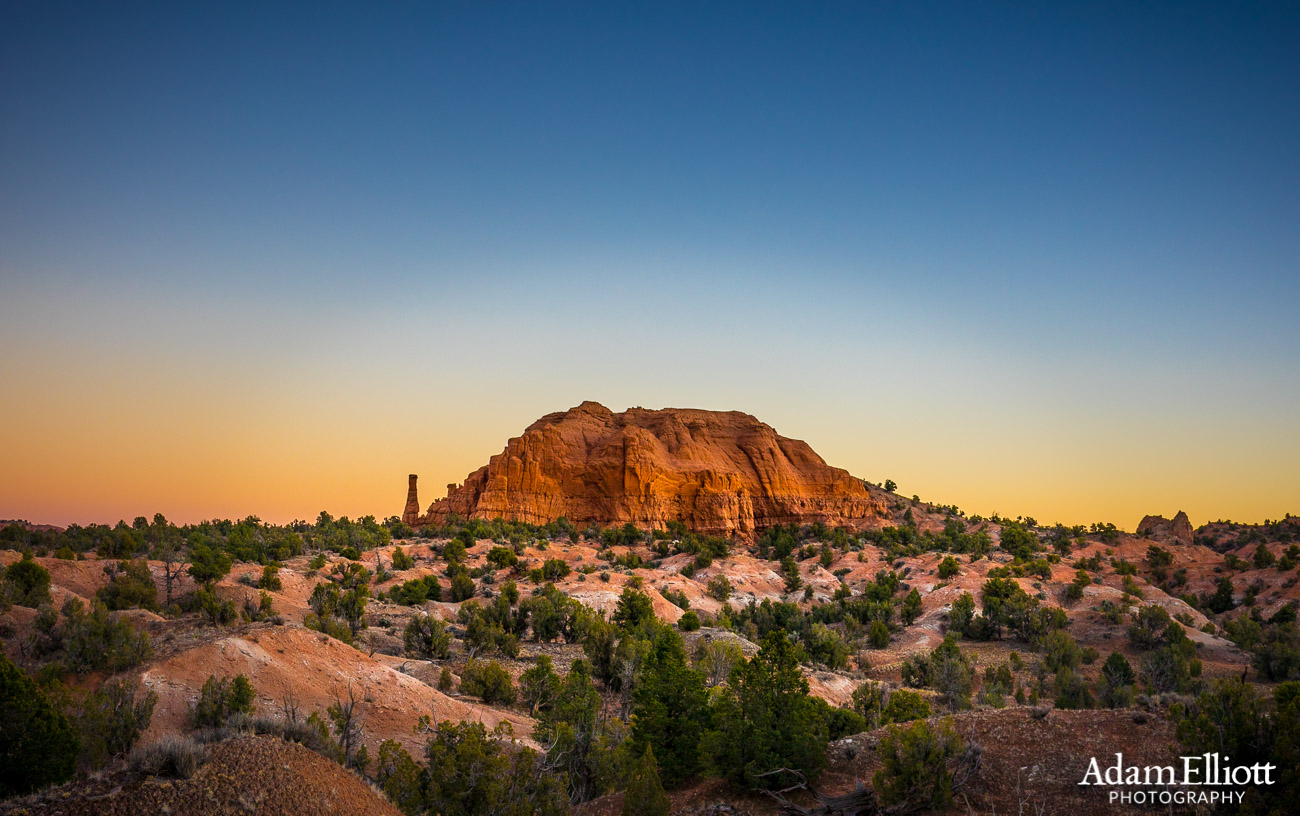 Kodachrome Basin State Park is an easily accessible, family friendly little state park with a high density of scenic rock formations and short trails. Many of the hikes are short and easy but there is even horse riding available.

In case you know what Kodachrome is, then yes, the park is named after it. Kodachrome was a very popular color slide film manufactured by Kodak. In 1948 when the film was still new, a National Geographic expedition travelled through the park and called the area Kodachrome Flat in the published story. The name caught on immediately but when the area became a state park in 1962 the state changed it to Chimney Rock State Park, fearing a trademark violation. A few years later it was changed to Kodachrome Basin State Park, with Kodak’s permission. So it used to be very fun to show up with your Kodachrome film and take pictures in Kodachrome basin. I can tell you from experience that it was the perfect combination for vibrant colors and contrast.

I think this is simply called Indian Cave. It’s not a cave but it’s covered in lots and lots of finger grooves. I haven’t seen this anywhere else, so I wonder what the story is behind it.

I had come to attend a networking event in Bryce Canyon and arrived early enough in the afternoon to visit the basin and stretch my legs after the drive. I hadn’t been there in 20 years and all I really remembered was vibrant colors and this really cool pilar I had gotten a cool picture of back in the days of film. So I quickly chose a hike I thought would take me there, and I chose correctly. But, it didn’t take long to get there so I kept on the trail and headed off towards some more distant options. I was glad I did because I realized the first time I visited the park I really didn’t see much of anything that wasn’t close to the road.