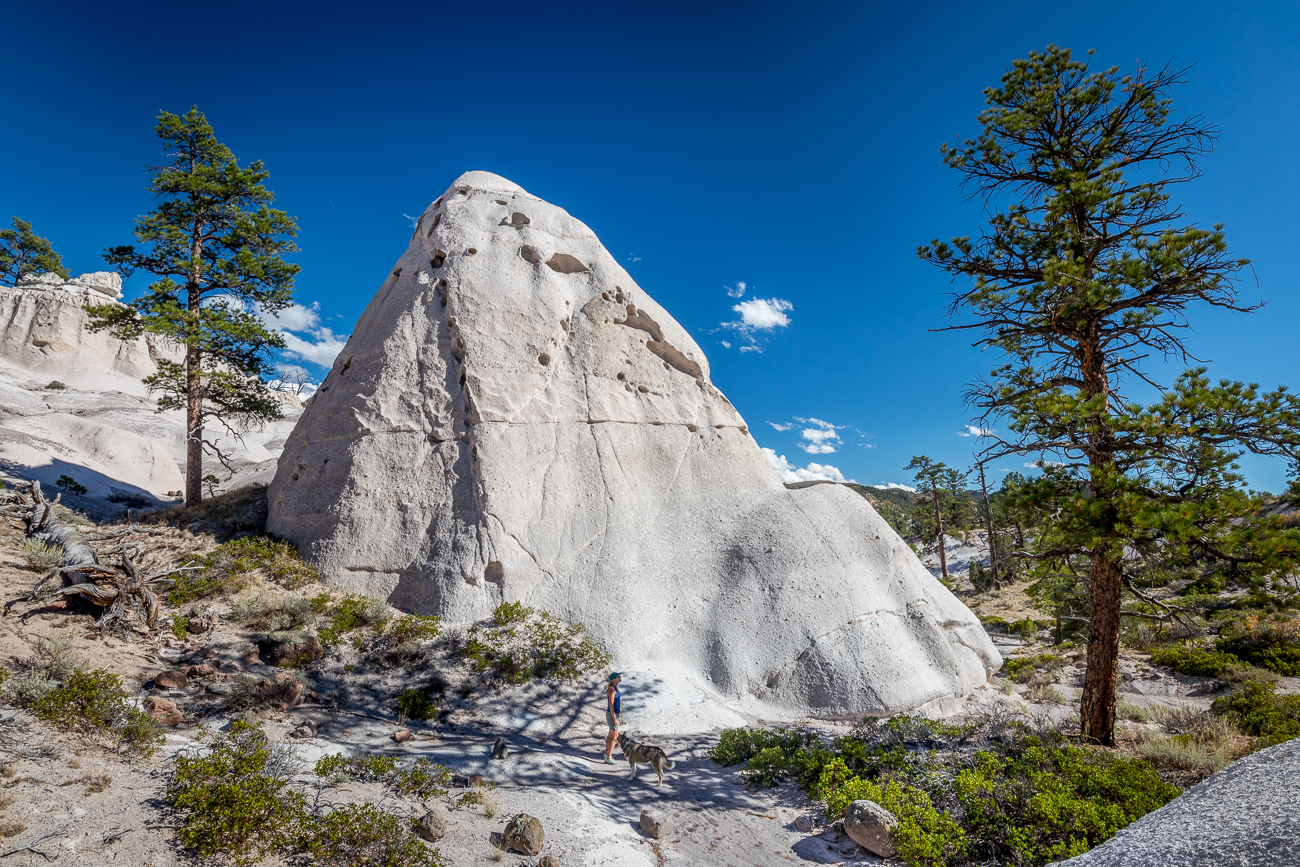 Pine Park is a tiny little recreation area in far western Utah, far from pretty much anything other than Beaver Dam State Park in Nevada. I really wish I could post some informative links about the history of the park or the geology but it seems to be virtually unknown to the internet. Do you know what that means? IT’S EMPTY AND SECLUDED UNTIL NOW!!!! I think the simplest description would be to say that Pine Park is a small and unvisited version of Turkey’s Cappadocia Region. For Americans, a comparable place might be Kasha-Katuwe Tent Rocks National Monument in New Mexico or even Colorado’s Wheeler Geologic Area

It’s a two hour drive to get to Pine Park from St. George and a 10 mile detour off the Crestline Road out of Enterprise. I heard that the park used to be more popular but for whatever reason visitation has fallen off enough that the bathroom facilities were removed about 10 years ago and the campground is no longer maintained. The area is part of the headwaters of Beaver Dam Wash and has at least one spring that is a good water source for those wishing to camp.

The stark white serrated rock formations are eroded ash deposits on the edge of a massive caldera 20 miles long and 10 miles wide. This wasn’t even understood until the 1990’s and is still being studied but it looks like a collapse or something occurred close to 12 million years ago and some of the deposits are 1,000 feet thick. There are several other large and unrecognizable calderas in the area.

Shortly after we arrived we had whole place to ourselves and wandered around the surreal rock formations for more than an hour before we decided to do the long drive back and look at some ghost towns. As i mentioned before, the “park” is part of the headwaters of Beaver Dam Wash and that stream flows through a canyon nearby, but to visit the canyon will involve a bit of a walk and much more time.