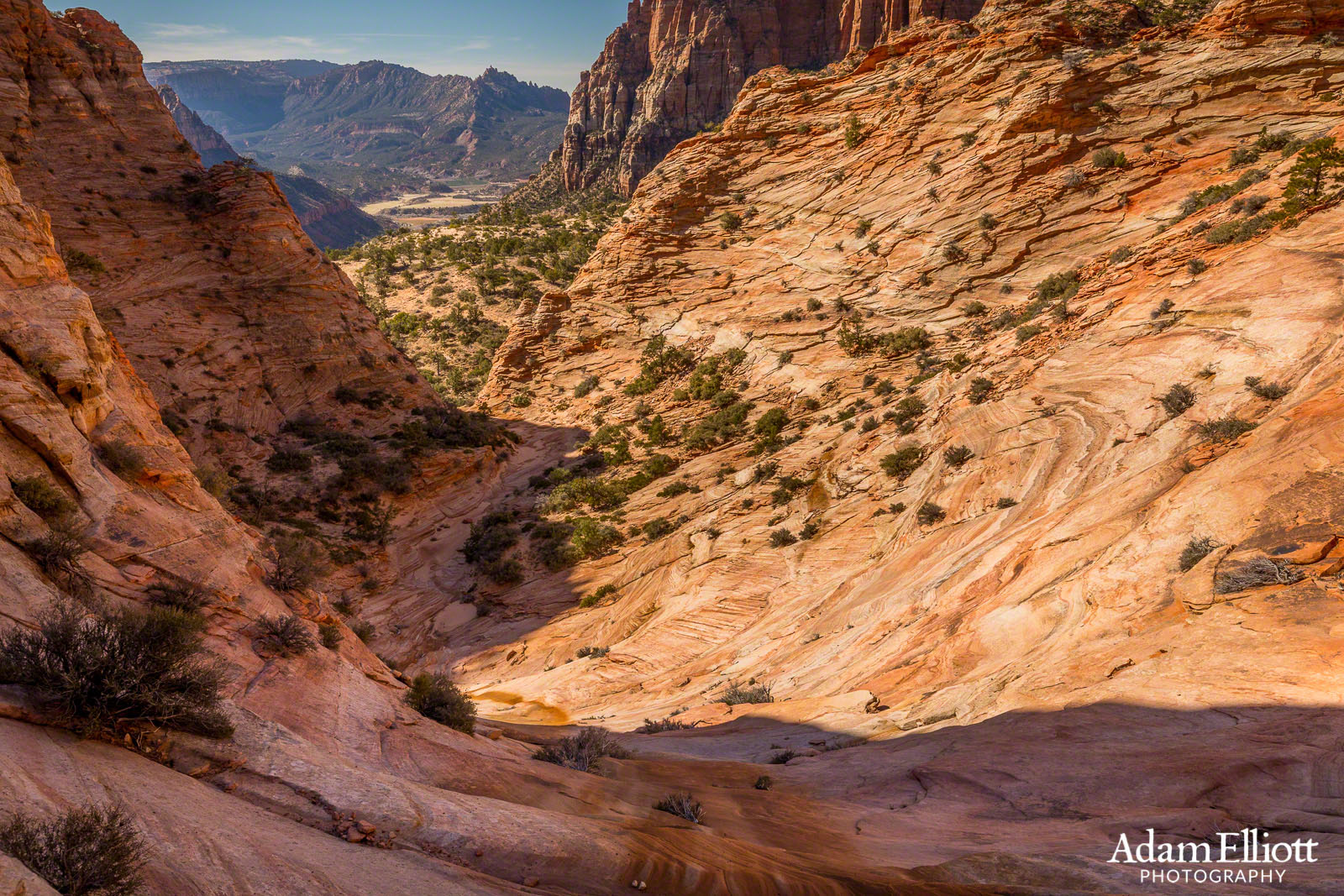 Somewhere in Parunuweap Canyon (which is entirely off limits) are some notable ruins under an alcove. I have never seen any evidence of an alcove during my trips to the rim, but i’ve been far from everywhere. I decided looking over the curved lip of Stevens Wash might be an interesting possibility. It looked like an overhang at one point, and there was a nearby alcove above the wash that looked interesting on Google Earth. I decided that if i threw in Stevensworth Peak I could try to make a loop to the normal Hepworth Wash route, where I had not been in over 20 years. So, a new area I had never seen, a new peak, and a return to a route I had not travelled in several decades sounded like a worthwhile day.

I did the typical route up Gifford Canyon out to the rim but did not see anything of interest, in terms of alcoves. The one that I had seen on Earth turned out to be much smaller than it looked from space. Fortunately I was easily able to get up Stevensworth Peak and the walk along the ridge top was spectacular. Getting off was even easier than the route I took up. In fact, the only place I had any issues at all that day was the downclimb from the side of Destination Peak into the upper areas of Gifford Canyon. First I tried to climb up too soon and had to go back down. But the downclimb had more exposure than I remember, and requires some care to avoid falling.

All in all it was a great day. Stevensworth is definitely “worth” the effort. There’s virtually nothing on the internet about it, so enjoy the pictures!

After I was satisfied with exploring my first set of goals I headed up Stevensworth Peak. I found a brushy shoot that worked well.

I had forgotten about an awkward but short little area where it almost slots up. It’s neat because the higher wall is sort of metallic. A while past that you must exit the canyon via steep rock slopes.