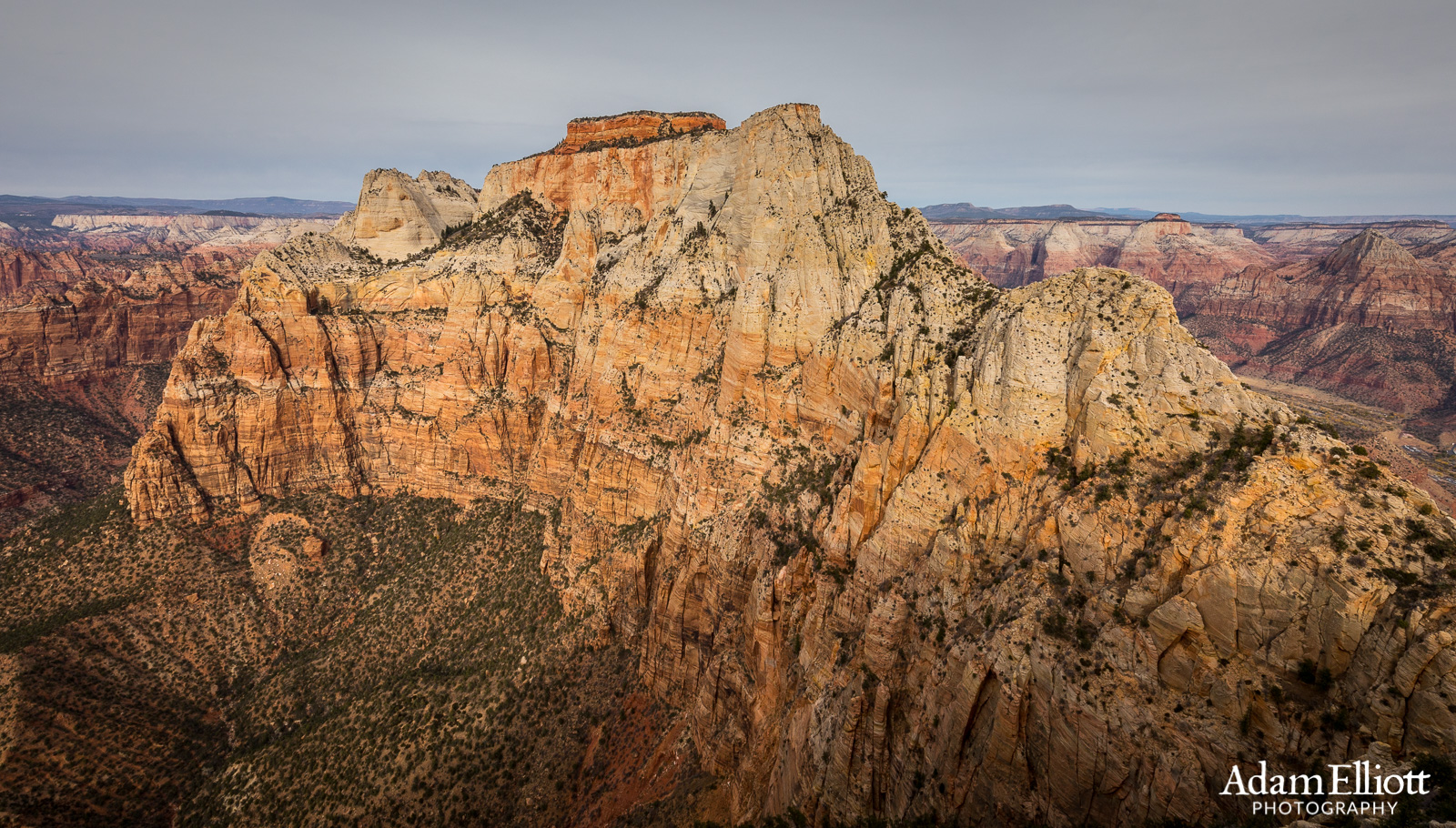 I think the most iconic mountain in Zion National Park is not Angels Landing but The West Temple. It’s visible from a ridiculous number locations in southwest Utah and is almost humanly sculpted to look imposing. The West Temple holds the title of the 2nd highest sandstone cliff in the Western Hemisphere. I haven’t looked it up but I’m sure the highest sandstone cliffs are down amongst the Tepuis of Venezuela where Angel Falls (interestingly named after an American Aviator) plummets over 3,000 feet.

Mt. Kinesava is directly joined to the West Temple and allows you direct access to that huge wall of rock.Paiutes named the mountain after a mischievous Coyote God, who was known to throw rocks down from above and start fires, alerting their Navajo enemies to their location.

Kinesava is imposing all on it’s own and is popular with technical rock climbers. There is one route though, that is accessible without ropes. The route is a very strenuous climb of over 3,300 feet, and involves several Class 4 scrambles. Notable people have died climbing this peak. Others have gotten lost. Good judgement and route finding skills are critical. There is no water or shade either, so the hike is mostly done on shoulder seasons where temperatures are cooler, the top is not icy and the days are long enough to complete the trek. It’s very important not to climb the sandstone in Southwest Utah for several days after it’s wet. It will crumble in your hands and collapse under half your weight. Because of all these limitations there are not many people who tackle the mountain.

There is some confusion at the very top of the cliffs about which way to go. There’s not really a good option but there is certainly a non-deadly option. My advice is once you are there, if you can’t decide between going left or going right, go straight up.

As cool as you might feel making it to the top of Mt. Kinesava you are far from being the first person up there. Native Americans have been climbing it for centuries, as these petroglyphs below the summit show. They didn’t have any fancy gear either.