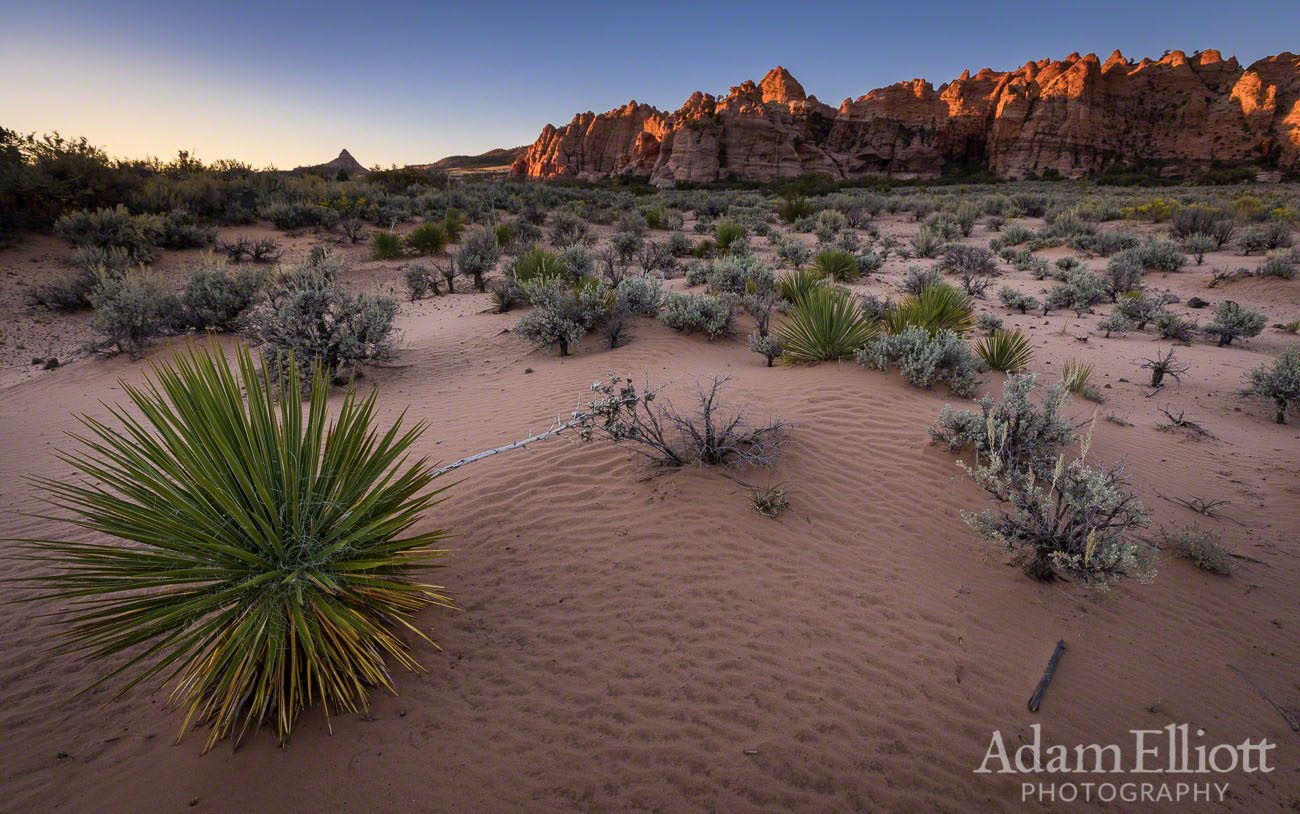 Zion: Behind the Tabernacle

I’m currently 45 blog posts behind so I need to crank out at least one of these a week for a year. This week covers a little adventure on the south side of Tabernacle Dome. That doesn’t sound like much, but if you’ve ever seen the south side of Tabernacle dome you might notice that it’s unreachable. Tabernacle Dome itself is a worthy goal but it requires just a little bit of technical climbing with ropes. This other cool and underrated blog has some good pictures of that route.

South of the dome is a high plateau. The top is a hidden wonderland of brush. Yes, a wonderland of thick brush, punched through with a maze of rock towers and hoodoos. This anti-human “garden” is surrounded on three sides by precipitous cliffs a few hundred feet high. It’s a lot like a miniature Tepui. The north side of the plateau is completely blocked by the dome.

A nice fall day at Tabernacle Dome. One of the clefts on the right-side photo is the official way to get to the top.

I would have done this exploration years ago but property issues made access very difficult. There was a cabin directly in front of the dome and a fence along the road. You can even see the cabin in that blog I mentioned above. It was like that my whole life. Then, I guess whoever lived in that cabin must have died and the family who inherited the property either sold or donated it to the park service. The park service then removed any trace of the home and has attempted to erase the road leading to the property. The fence has also been removed.

Walking along the base I found a way around the east side of the dome. Once I accessed the plateau, which took quite a bit of time, I realized the landscape was brushy and complex enough that I’d have to come back another day to explore it. I returned 6 days later, while the route was still fresh in my head. This time I made it up there much earlier in the day and spent the afternoon working my way through the maze until I made it to an abrupt and flat overlook into the Left Fork (aka The Subway Trail).

Some of the rock formations on top. They alternated between being curvy and whimsical to looking like they were sliced by lasers. The rock on the left in the foreground looks like a giant Planarian.