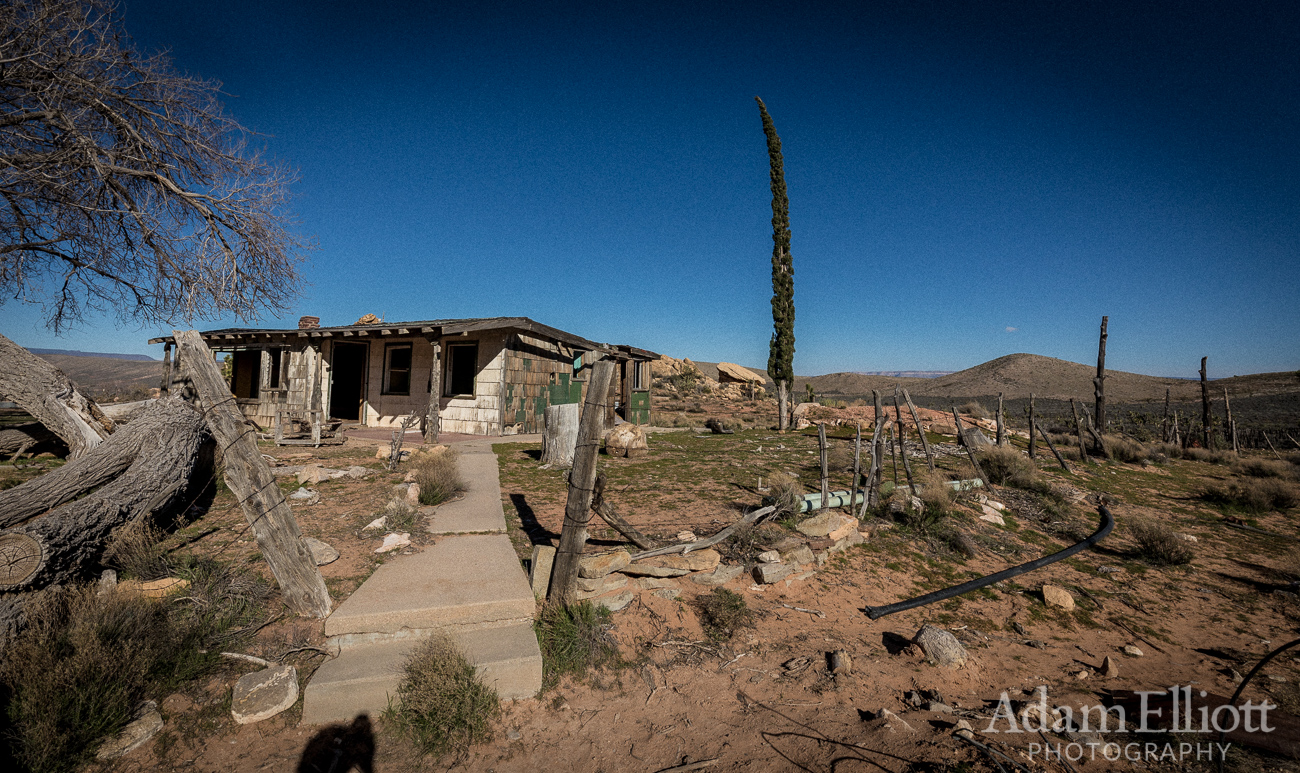 Hauntings of the Arizona Strip

Now, before someone gets too excited, I should point out that yes, most of the defining parts of our day were spend in Arizona. But our trip began in Nevada, so that’s why I’m starting off talking about Gold Butte.

The most visited part of Gold Butte National Monument is the Whitney Pockets area. In that vicinity are several roads that go to the old Gold Butte townsite, the Petroglyphs trails, Lime Canyon and Mud Wash. During the Great Depression a Civilian Conservation Corps camp was established there and a stone dam was built along with some storage areas in rock alcoves.

The first several times I visited Gold Butte there were enough people around Whitney Pockets that I drove right on by. After seeing several of the other sites at the top of my list I decided to return one winter day to make a big loop around some of the Virgin Mountains and incorporating a stop at Whitney Pockets at the west end of that loop. After that we drove to, oddly enough, a place called Red Pockets, and then back over the mountains to Mesquite via Lime Kiln Canyon .

After we were done exploring the rock formations we took Whitney Pass road and took a detour to a place called Cabin Springs. We found no water or cabin but there was a nice view over a large swath of the rugged desert monument and Lake Mead beyond that. After crossing the pass we entered Arizona through Grand Canyon Parashant National Monument.

After a while the weather started getting back and we were driving through winter sand storms. As we made our way over low mountains of Whitney Pass it seemed to get even windier. After driving through nothingness for a long time I spotted something off in the distance and soon after that we passed a side road that led to an abandoned homestead. It looked haunted, and being in one of the most ridiculously barren places you could possibly decide to build a home, we decided to stretch our legs and take a look around.