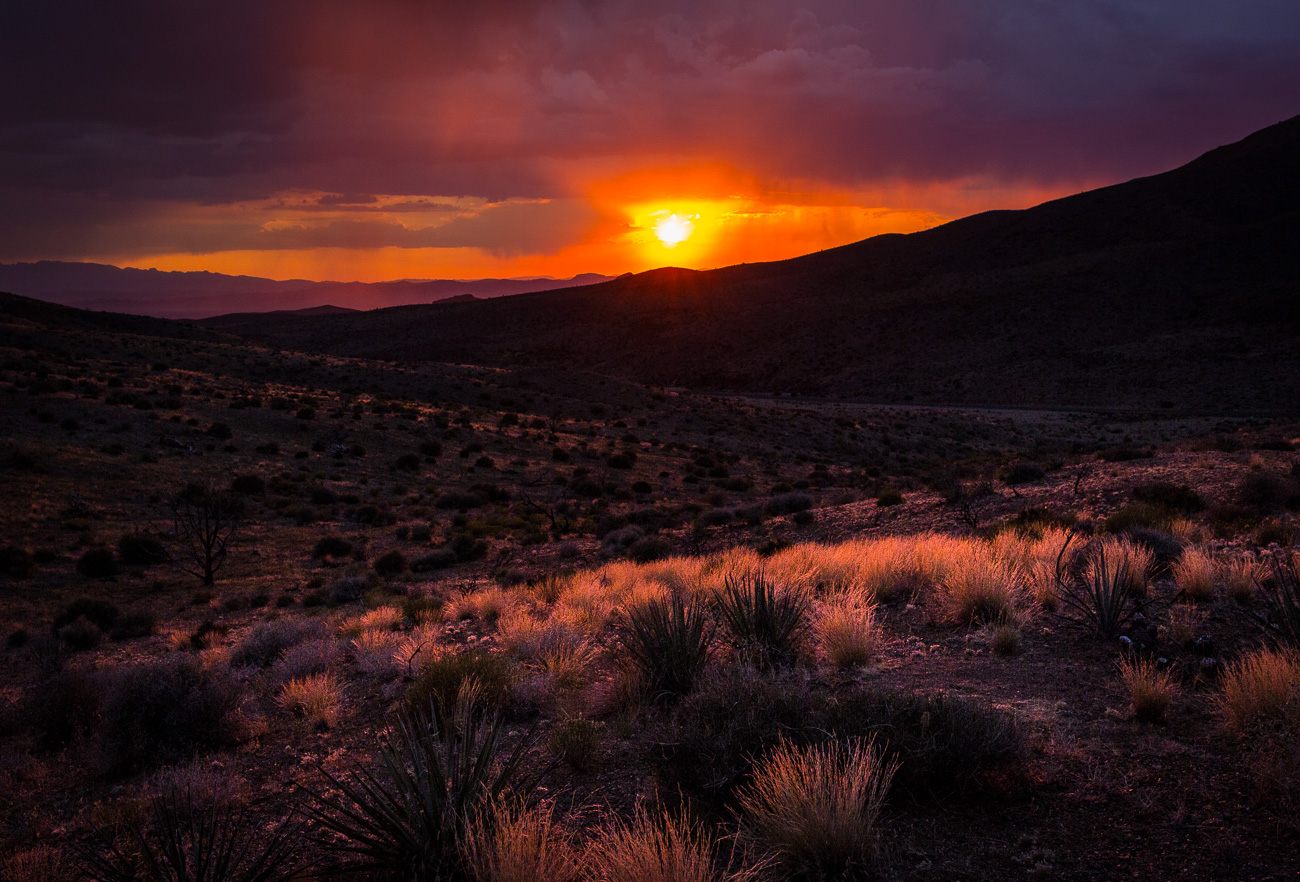 The Beaver Dam Mountains are the north half of the Virgin Mountains. Jarvis Peak, in the Beaver Dam Mountains, has a mine that was in operation from 1884 to 1962. It has a lower and an upper entrance and during the time it was in operation it produced 7,000 tons of copper. Today it’s owned by Teck Cominco American Inc. and reopened briefly in 1984. Originally it had a smelting factory on Diagonal Street, in St. George. There’s not anything to see there, with no buildings, and a sealed entrance. One day though, by chance we were driving on the other side of the mountain up to a pass. From there we walked along an old, undriveable road that took us to a much higher part of the mountain. Almost at the top of the mountain we could see another entrance that was a pit with a high fence around it. I haven’t ever been up there but Jarvis Peak is a nice large mountain to roam around on.

On the left walking down the abandoned road to Apex Mine. On the right a chaparral forest.

One day we were simply exploring some of the dirt roads (that eventually turned into extremely sharp limestone roads) on the eastern side of Jarvis Peak and ended up at a fantastic overlook right on the lip of the Virgin River Gorge. It was from this view that I spotted a sandstone formation far below that resembled a “throne”. It was intriguing enough that it inspired me to explore that area further. You can read about that post Virgin River Gorge: North Side. I think you can hike all the way from the bottom to the high viewpoint. But if you wanted to do it as a through hike the logistics of using too cars would add as much time as it would take to simply turn around and hike back.

Yep. I said it. The Beaver Dams are riddled with holes. Every where you go the Permian limestone has gaping black holes that beckon like a cave entrance. In almost every case the opening is just that, a cavity in the rock wall. So, I have come to call them sucker holes. Still, if you are a sucker you always want to find the entrance to an undocumented cave, so you go check them out. The largest one I have found had two large rooms with high ceilings and evidence that birds/owls and some large animals had used it as a lair.