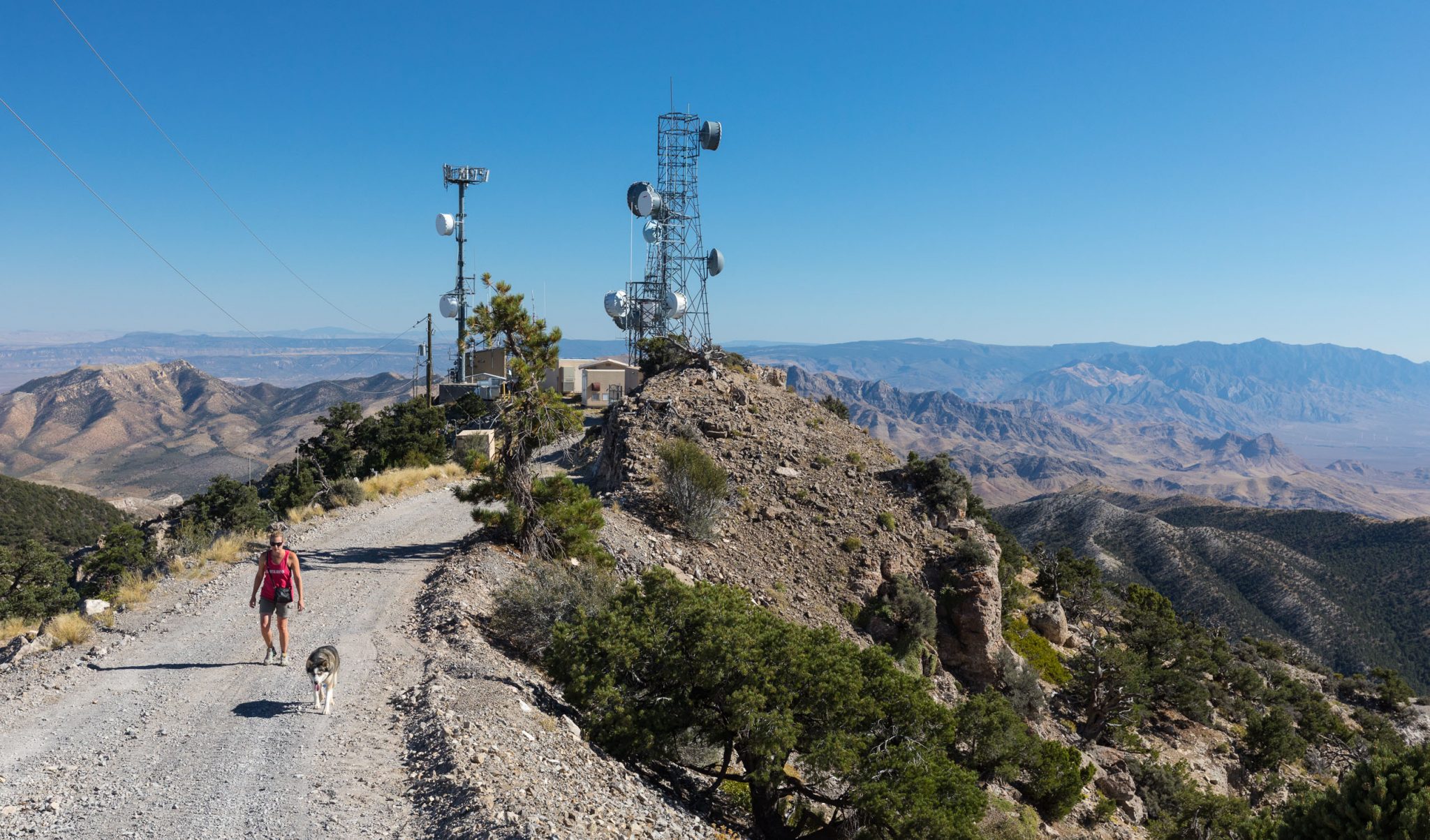 An Island in the Sky above the Mojave Desert

The Beaver Dam Mountains loom over Ivins to the west. During the summer heat it can be fun to escape by getting high up into the mountains. One of them is covered in transmission towers and a few buildings, and is called West Mountain Peak. It’s the highest of the Beaver Dam Mountains at 7,680 feet above sea level.

One hot day in June we decided to see if we could drive up there. The drive went well until Hell Hole Pass. Yep, another Hell Hole. This pass is so inconspicuous I can’t possibly imagine how it got it’s name. From the pass it’s two more miles to the top of the mountain but, in the last 3/4 of a mile the road climbs 900 feet, in some areas much more steeply than others. Where the grade increases tremendously football sized gravel loosely covers exposed bedrock steps. My street tires were not doing well enough and the truck was losing traction, bouncing back and forth and threatening to slide back. So I took a hint and backed back down to a good place to park. This was one of a couple of experiences that motivated me to get some better wheels and tires later on.

Having to walk the last bit was actually a nice way to enjoy the scenery. That high on the mountain the road is cut into some impressive limestone cliffs covered by a pine forest. The top of the mountain is broad and narrow, with spectacular views in every direction. It’s definitely a well chosen site for relaying radio waves.

Back in the car we decided to take a less used road down the back side of the mountain to a place called Indian Springs. This road turned out to be more of a 4×4 road, sometimes heading straight down the stream bed. Like most of the springs around here it had been tapped and piped into water tanks. We took a break from the rough ride down the mountain and walked around a bit before heading back to Old Hwy 91 via the Western slopes of the Beaver Dams.