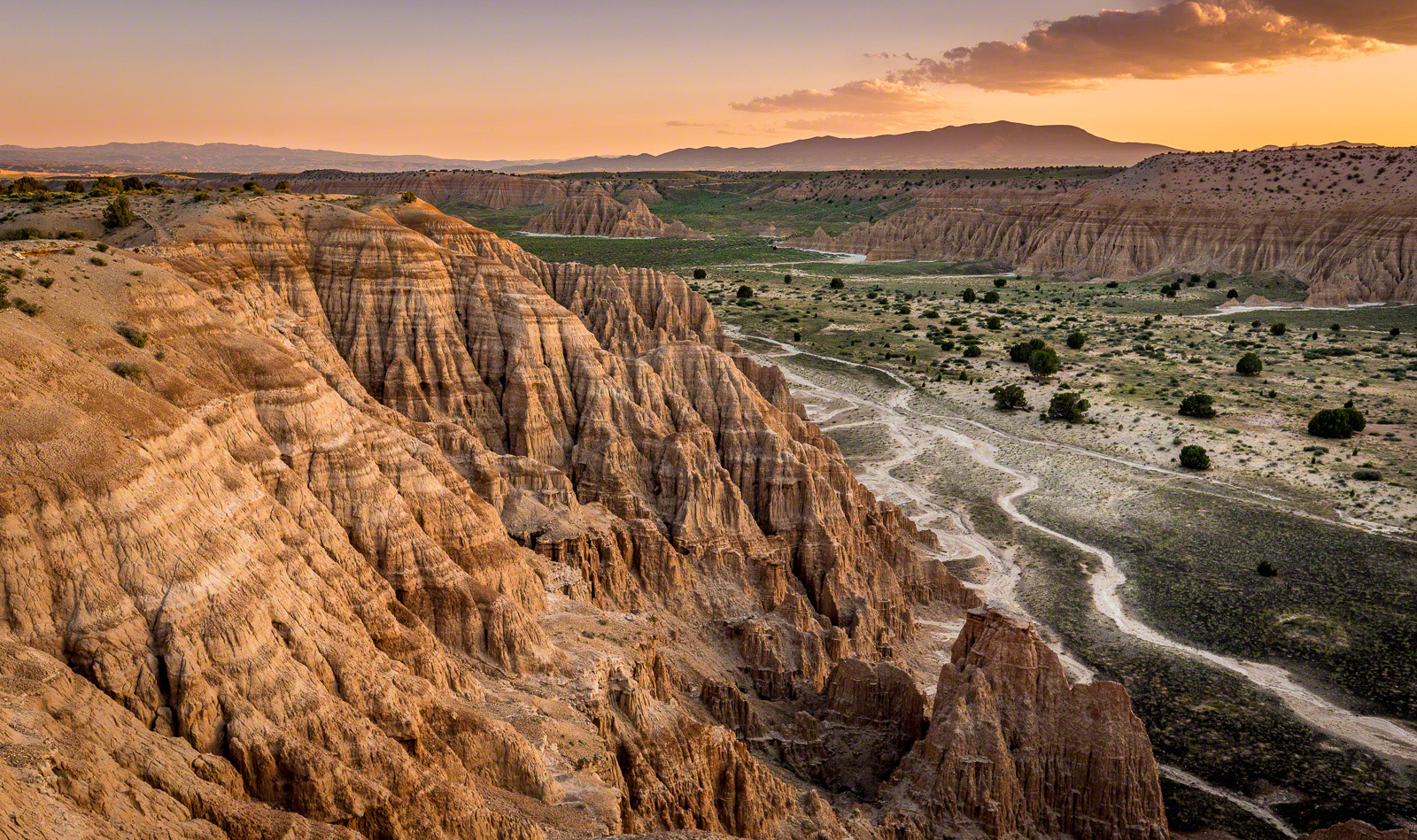 One of Nevada's Best Kept Secrets

In far Eastern Nevada, next to the tiny town of Panaca, is a hidden gem of a State Park called Cathedral Gorge. From Las Vegas it’s a 2.5 hour drive. From the St. George, Utah area it’s about 2 hours. It’s important to note that Panaca is so small it doesn’t really have anywhere to eat, so it’s better to bring your own food or try to find one of the limited options in either Caliente or farther down the road in Pioche.

We had decided to take a look at the park on the way back home from Pioche. With just over an hour before sunset, we found ourselves wanting more time for this tiny but complex park. The sediments are made out of Bentonite Clay, infamous when wet for being both incredibly slippery and super sticky at the same time. The sediments were originally deposited as volcanic ash long ago when there was one or a couple of super volcanoes in the area. Several other areas nearby exhibit similar erosional ash features.

The Gorge is maybe a mile long and a quarter mile wide. There is a loop hiking trail that basically goes along the base of the cliffs on one side of the park and then after a certain point makes a horseshoe back along the other side of the valley. Both sides of the valley are very interesting and chock full of an endless array of fractal erosional patterns. The trail is almost completely level.

We had a great time walking around and could have gone further if the sun hadn’t begun to set. I got the impression that it might be worthwhile to come back during a full moon.