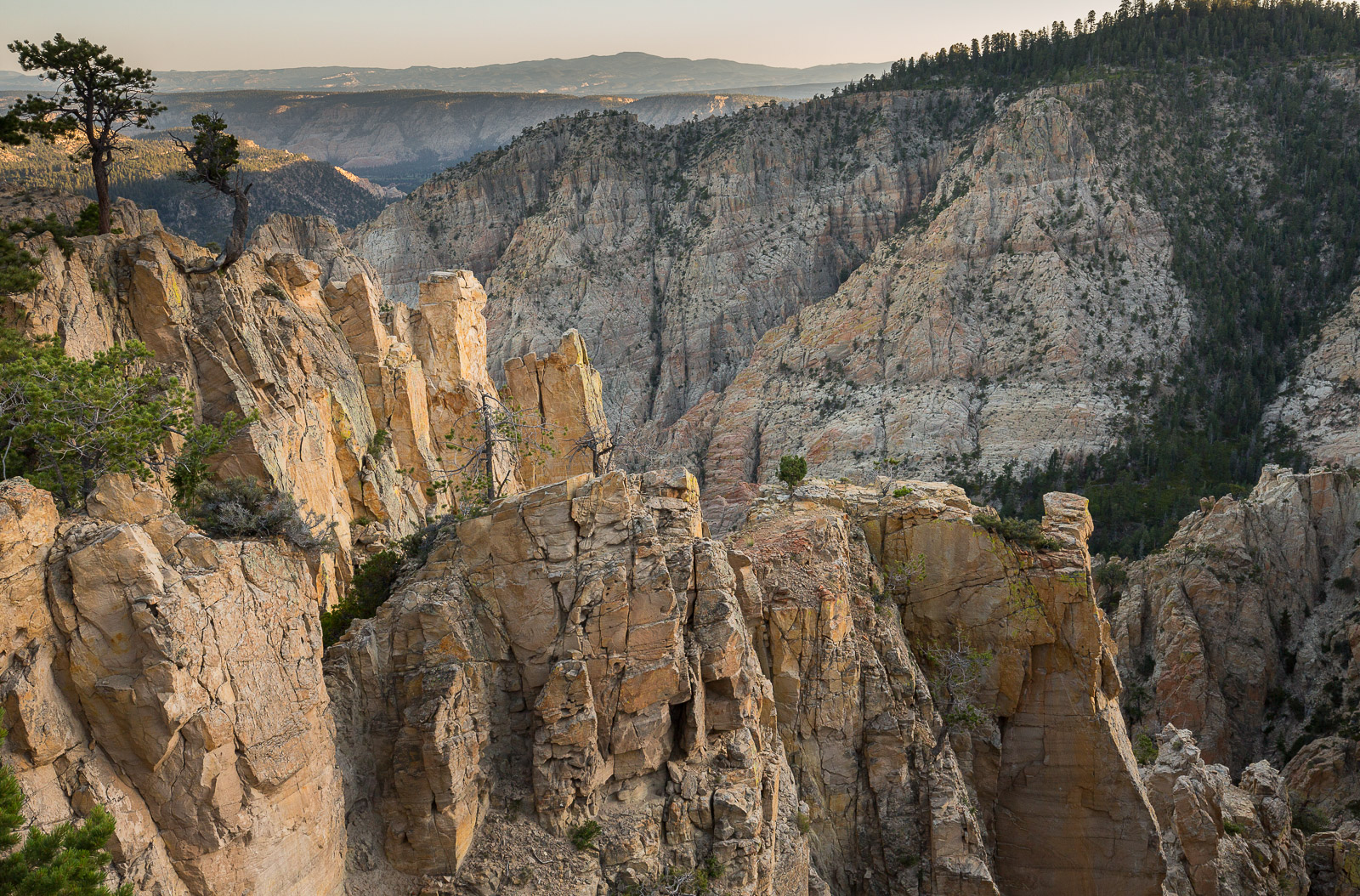 A Loop Around Capitol Reef

Every couple of years I try to make it over to Grand Staircase Escalante National Monument and do some new exploring. Last summer was one of those years and this time I took Kona and Maree. We stayed in Escalante for three nights and one of the days we did a road trip over Boulder Mountain to Capitol Reef and then back along the Burr Trail. The loop went faster than I expected so we made an additional detour up Hell’s Backbone Road. I had not been up there in 18 years so my memory was foggy.

In terms of inaccurate memories the portion of the road from Boulder to Capitol Reef went much faster than I remembered while Hell’s Backbone took more than twice as long as I remember. The road was the original route between Boulder and Escalante until they blasted Scenic Byway 12 through the slickrock wilderness that is now the national monument. There’s a road sign along Byway 12 that says one of the biggest reasons for the massive engineering project was, get this, to help a few farmers get their custard to the metropolis of Escalante without the custard spoiling.

A close up of the bark on a petrified log and the other picture shows the growth rings of a larger log that looks chopped down by a prehistoric lizard lumberjack. It’s illegal to collect the petrified wood, and it’s important to remember that most petrified wood in Utah is radioactive.

Because we were driving around with Kona we didn’t do anything in Capitol Reef, where dogs are not allowed. It was pretty busy there anyway, so we hurried on to the less crowded Notom-Bullfrog Road. Somehow, although I’ve driven the Burr Trail many times over I had never approached it from the North. The road is partially paved now. I don’t remember if it used to be that way but the whole section until the switchbacks went much faster than I anticipated. At the switchbacks I was shocked to encounter traffic for the first time ever. There were several other vehicles I had to deal with.