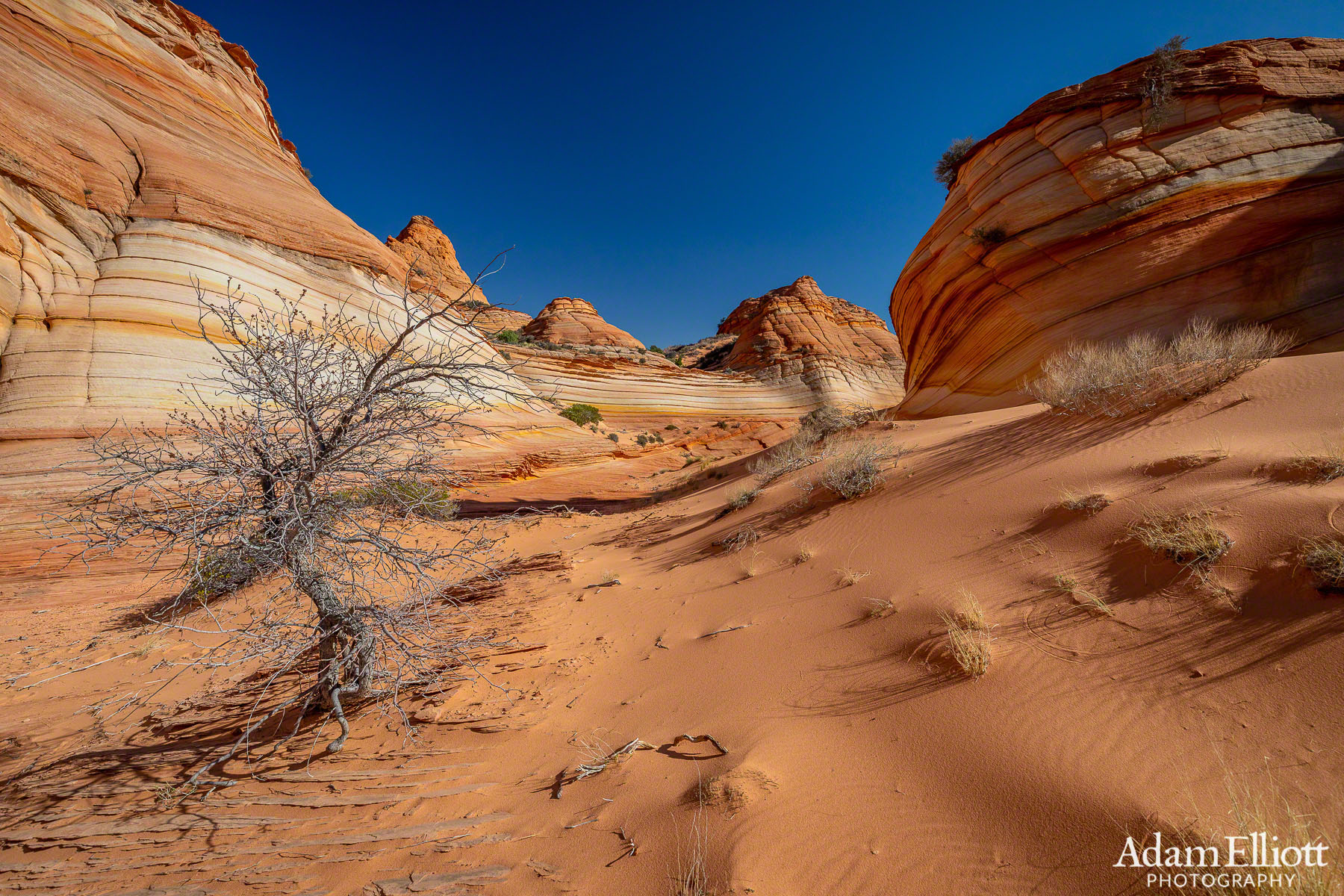 Paw Hole is part of the South Coyote Buttes management area in the Paria Canyon-Vermillion Cliffs Wilderness Area in Northern Arizona. To visit requires a permit first and a high clearance 4-wheel drive vehicle that is comfortable in deep sand.

Like a lot of people I had tried to win the lottery to go to The Wave but like a lot of people I did not win. So while I was in the visitor center looking at other options I decided to give Paw Hole a try. The drive takes about 1.5 hours from Kanab. There was one other car at the trail head and I saw those people after the first mile climbing on some rock formations. It looked like they were on their way out. From that point on I was alone the rest of the day, which was nice.

Paw Hole was one of the first places I ever went in Paria, and I didn’t read anything about it before I went there. As a result I did not know that the area of interest is actually very small. It’s about a mile of walking uphill through sand to get there and I was done with exploring the main area after no more than an hour. I naturally thought there would be more so I continued onward and upward. After another two miles of trudging over dunes and slopes of sand I came to the top of the mountain. Clearly I had seen everything. It was a nice view on top looking down towards many other areas of Paria including the Cottonwood Teepees and North Coyote Buttes.

Due to the time and gas involved in comparison to the amount of scenery to see I’d have to wonder if Paw Hole is worth the effort as a stand alone destination. However, it could be an interesting part of a much bigger day or incorporated into a longer thru hike from another area.

I moved on up the hill past the main rocks. In the distance on the left it looked like an alien was pointing at something on the ground. When i got closer the “alien” looked even weirder than I thought it would and what was formerly its arm turned into another alien’s head.