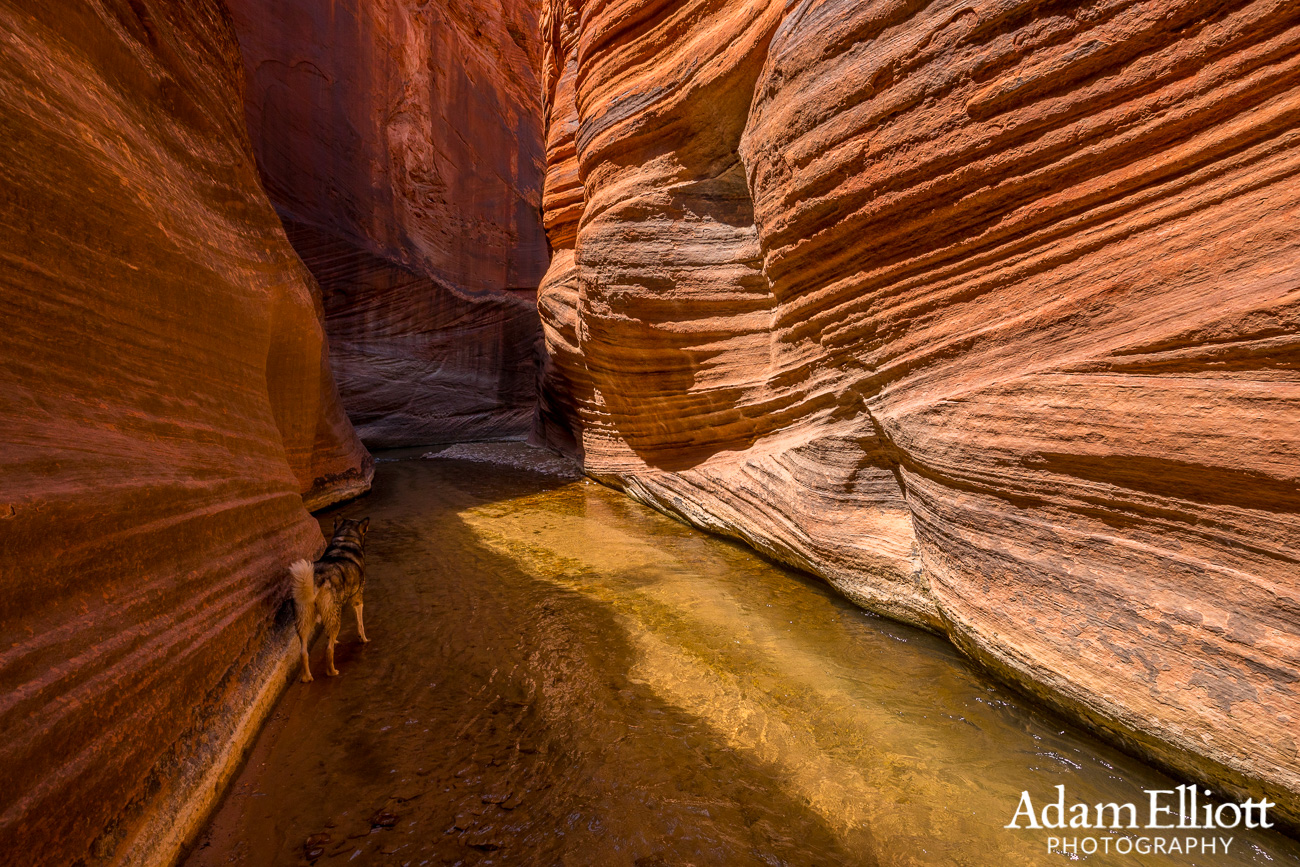 Also known as The Barracks, or Upper Parunuweap Canyon

As you drive from Carmel Junction to the East Entrance of Zion along State Hwy 9 you will see numerous canyons off to  your left. They all lead to the East Fork of the Virgin River, which passes through Carmel Junction. That stream, despite being full of cattle and off road vehicles, can be a fun destination itself.

There are many ways to get to the East Fork. The easiest is probably starting right in town. Many miles downstream the canyon enters what is mysteriously called The Barracks. This section of the river resembles a miniature version Zion’s more famous Virgin River Narrows but with much shorter cliffs.

The first time I visited the East Fork I could not figure out how to get down to the river at the point where we stopped. I climbed about 500 feet down and followed a deer trail to the top of the cliff. The deer seemed to have made a mistake in this case. It was very deceptive and I was able to get all the way down to about 25 feet over the river, but no farther. Kona was so thirsty she was ready to throw herself over the edge.

A nifty little alcove at a bend in the river. The second picture shows rippled in the mud at the bottom of the high water mark. These ripples are probably 12 feet higher than the regular level.

Exploring the vast and confusing network of sand roads near Coral Pink Sand Dunes State Park I found a route that allowed access to the river with a descent of only a few hundred feet. It was a long drive but the shorter hiking distance allowed Maree and I to bring the dog and get into the middle of the river without too much physical effort.

I had been there 3 months before, scouting around in winter, and had not been able to find a way down but on this second trip, after driving farther, we found a generally easy way. There were other people there but we soon had passed each other and we were left to enjoy the afternoon in solitude until we had both twisted our ankles enough times and Kona was getting tired.