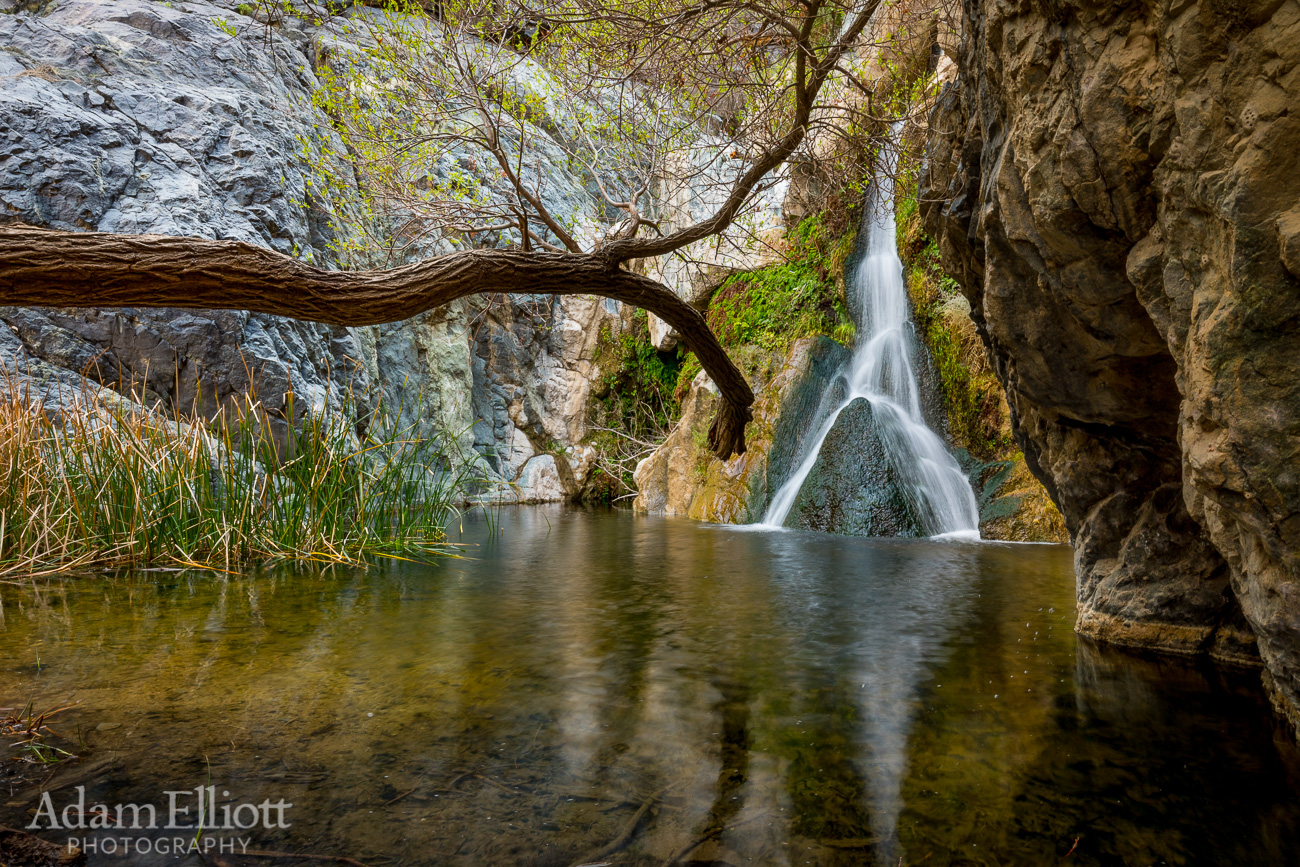 After our first rainy day in the park we decided it would be a good idea to head to the visitor center to get information on road conditions. There had been extensive flood debris everywhere we went on the first day, and a lot of my options this trip were via dirt roads. It was a good thing we went. Nearly every single dirt road in the park was closed to flood damage. Scotty’s Castle was closed until the next decade. I’d also hoped to possibly see a superbloom of wildflowers but the rangers told me that despite all the recent rain we were still about three weeks early for that kind of display.

With virtually no options left for me other than what I’d already seen on past trips, we decided to go on a hike to Darwin Springs. The Darwin Springs trail is on the upper slopes of the west side of Panamint Valley. Oddly, I did not know Panamint Valley was part of the park until this trip. To get to the trailhead turn off Hwy 190 a mile west of Panamint Springs and follow the dirt road 2.4 miles to the parking area.  The hike is very easy to the first falls and is a distance of 3.1 miles round trip, depending on how far you go. From the first falls it’s possible to climb up much farther to several other falls, one of which is the highest waterfall in the park at 80 feet.

The trail eventually changes from a gravel path to some light scrambling up sometimes slippery rocks.

This hike doesn’t necessarily have national park quality scenery but it is a genuine oasis water hike. We also enjoyed the ample amount of shade in the narrow canyon. There is an active water pipe along much of the trail.

The next morning was still very cloudy and humid. On the way out of Beatty we decided to ride up to an old mine area at the base of some very gloomy looking mountains. There were several operations going on but part of it seemed to be a marble mine. I think it is called the Carrera Mine.