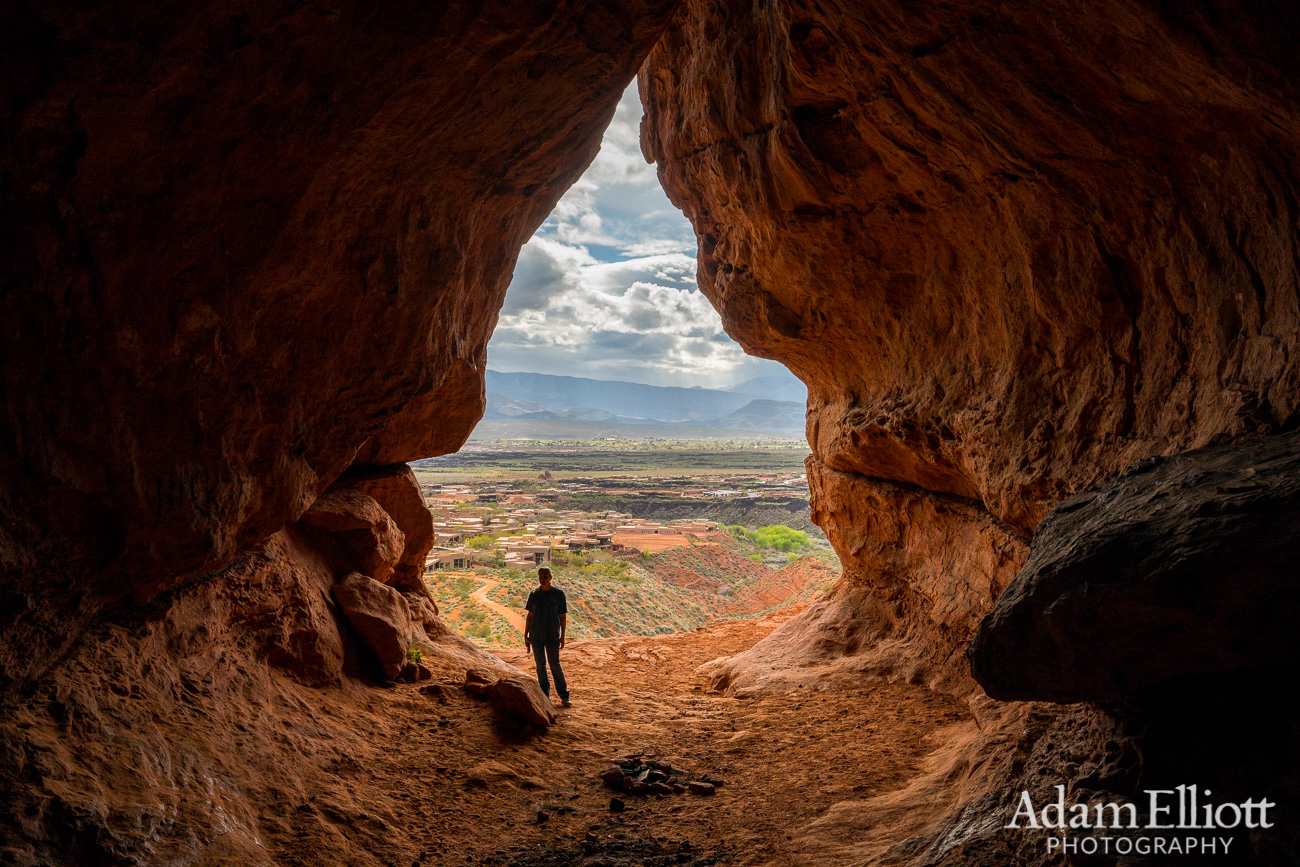 Just outside the south entrance to Snow Canyon State Park is a parking lot with a couple of trails leading out of it. One of those is the Johnson Canyon Trail which soon forks into the Scout Cave Trail. Both of these trails are everyday walks for people living in the area and my photos reflect walking them many times. I never went to either of these with the specific purpose of writing a trail description.

The Johnson Canyon Trail, in contrast to Scout Cave, is a very easy stroll and is about 2 miles round trip. The trail leads past a lava falls, crossing a sandy wash, and ends in the back of a box canyon where during heavy rain there may be a waterfall. The trail is closed from March 15th to September 14th except by ranger guided hikes. The closing is to protect the endangered Desert Tortoise during their active season. There is also a very nice, thick arch on one of the canyon walls Inexplicably, I have never taken a picture of it, so you can be surprised!

The Scout Cave Trail, as I have hiked it, is 4 miles round trip from the parking area on Snow Canyon Drive with an elevation change of 850 feet. It’s more rugged with a descent down a lava slope into a sandy wash and then a moderate climb up to the bluffs containing the “cave”. Due to Utah’s lack of interest in buffer zones or properly considered boundaries the middle portion of the hike runs for time right along peoples backyards, which detracts from the experience.

The “cave” is an interesting erosional feature between a couple of huge pillars of rock that have been split apart but are generally still acting as one piece with a big hole in the middle. The ceiling is high overhead, there’s a nice view of Ivins, and there is even a skylight in the back of the chamber.