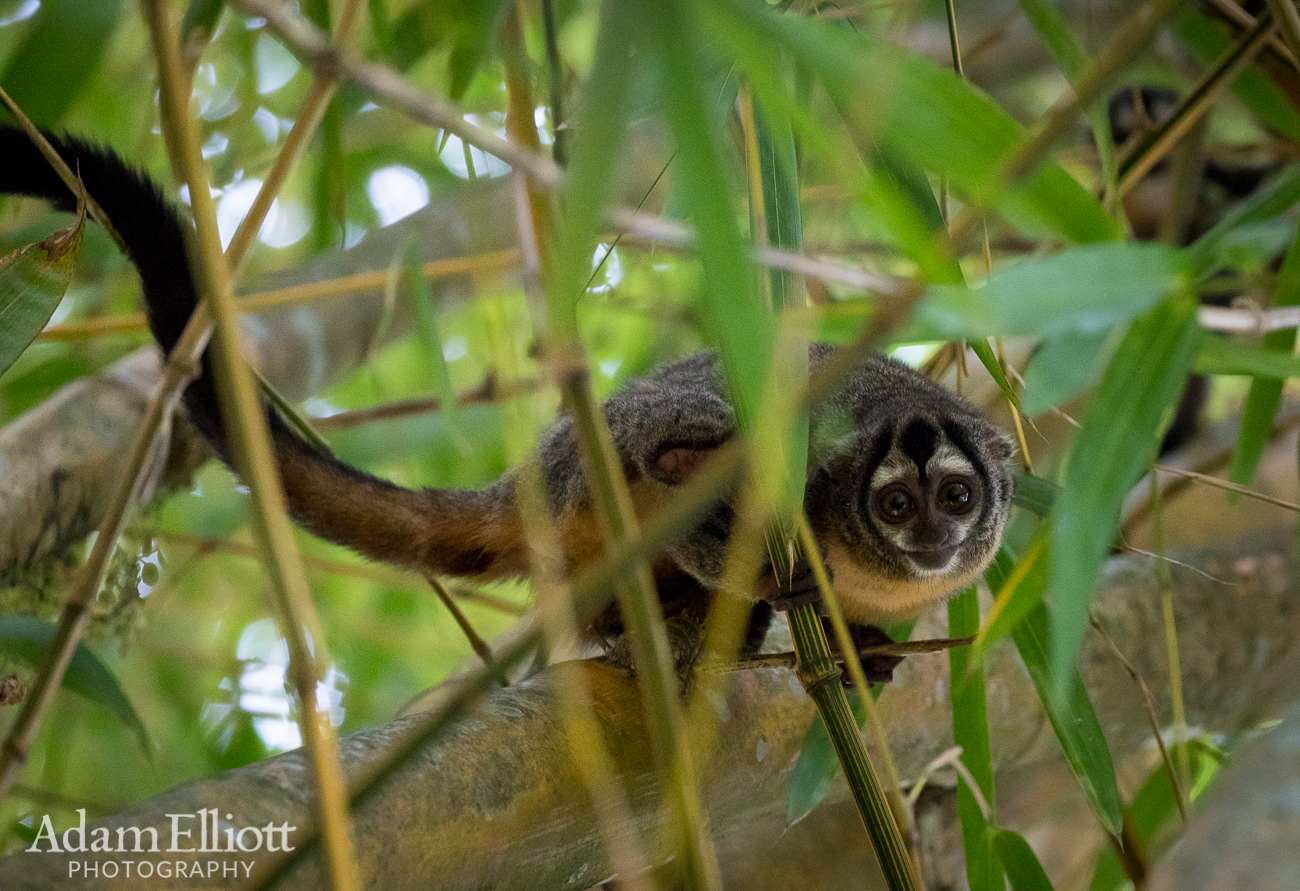 Our last two nights were spent in the Amazon Jungle. As we made the drive from the highlands of Cochabamba down to Villa Tunari we once again drove down incredibly deep, steep sided jungle valleys filled with countless waterfalls, cliffs, rivers and tunnels. This time the road was paved but it was still so clogged with dangerous truck traffic and so narrow that we didn’t want to stop for pictures. The transition from brown grassy hills to moist green jungle canopy was so rapid it was like driving from Idaho in winter to Hawaii in 10 miles. Again, we descended deeply to narrow valleys only to find those were mid level valleys high above the final jungle floor. As we drove lower and lower the Suzuki began to perform better and better. Where at 14,000 feet we had to use almost first gear to pass another vehicle now 5th gear was working for the first time in weeks! From the high point that day on the highway to the low point we descended from 12,150 ft(3,703m) all the way down to 950 feet (290 meters). My lungs sucked up the oxygen and my skin sucked up the moisture in the air.

It was the most straightforward, and seemingly shortest day of driving since the first day of our trip. We stopped in Villa Tunari, a depressing tropical village between two rivers, and without any reservations drove around checking out several hotel options. The selection was poor. We settled on Hotel Los Tucanes for it’s somewhat pleasant grounds, it’s pool and spaced out rooms. I wouldn’t say the food was great but i’m sure it was as good as almost anywhere in town and was a convenient walk from our room.

Villa Tunari is a stepping off point for a couple of national parks in the region and is infamous for being the site of a massacre in 1988 between government troops and coca farmers. The issues with coca farming for the drug trade are ever present and a cause of continuous conflict in the area. One of the parks is Carrasco National Park. I was attracted to it during the very little research I did because of some cool looking “Oil Birds” and the possibility of going into a jungle cave.

The park entrance. On the right is a pile of stones used to keep tension in the cable so the hand pulled cart can make it over the river. That piece of sheet metal is the final perfect weight.

We spent what was left of the first day looking for a way to get into the park. We found an entrance on a cliff above a river but no bridge to cross the river. There was a cage on the other side on a metal cable but you needed a special tool to pull it over. We found out you aren’t even supposed to go over there without a guide, so we instead explored one of the other nearby rivers until we ran out of light.

The next morning we signed up for the cave tour. Our guide was a teenager. Entering the park one of the first things we noticed were villagers who had illegally built houses in the park, only a short distance from the trail. National Parks in Bolivia are not protected or respected the way they are in developed countries. Carrasco is plagued with many serious problems including illegal homes, coca agriculture for the drug trade, illegal logging of mahogany trees and oil drilling. The farmers are armed. There’s even the possibility you could be killed by cavemen in the form of an uncontacted indigenous tribe deep in the jungle.

I was generally happy with the guided trip. We were the only people, the guide was pleasant and gave us time when we wanted it. I feel like, because of the monotony of jungle hiking, that if you aren’t seeing a lot of wildlife then you need a destination, and the caves were good enough for that. The short mile or so walk introduced me to a number of interesting new plants and trees I had never heard of, some cool insects and bird songs, and a whole lot of vibrant blue Morpho Butterflies. I never got a picture of them because they dart in and out of the thick foliage so randomly, but they are one of the largest butterflies in the world and their extremely vibrant blue color is from mechanical structures, not pigment!

I was disappointed at how little wildlife we saw but coincidentally that night a group of primates showed up on the hotel grounds not far from our room.

The old cable bridge foundation and some of it’s old safety features.