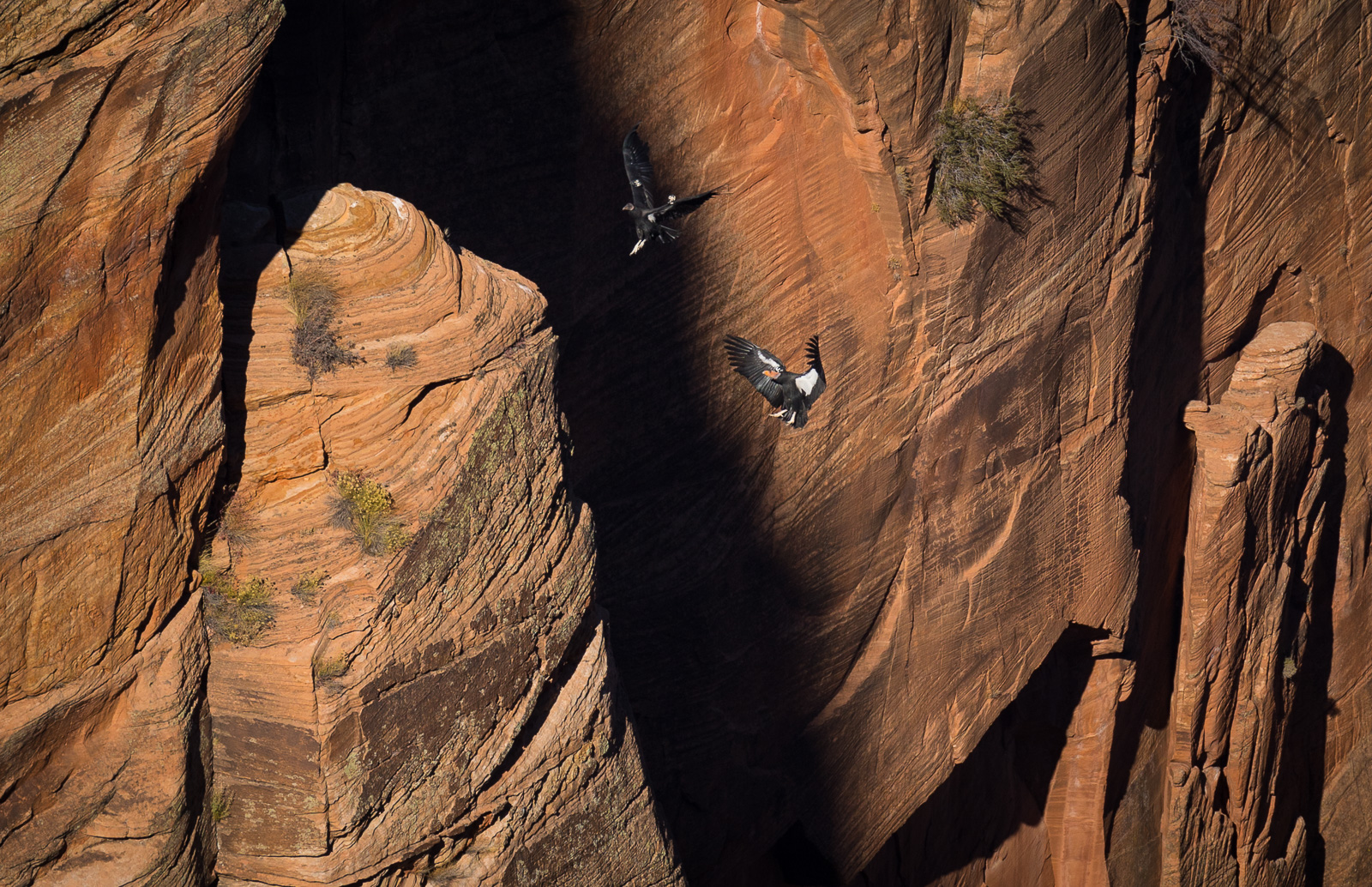 Photographing One of Earth's Rarest Birds

The California Condor is the largest bird in North America, with a wingspan of nearly 10 feet. The bird has been on the endangered species list since 1967, and by the 1980’s there were only 22 of the birds left alive. Thanks to the hard work of wildlife officials the population is now 450. Historically the birds ranged from Canada to Mexico and even as far east as New York. Today most of the Condors cover terrain in California, Baja Mexico and the Grand Canyon eco-region, which includes Southern Utah.

While the reintroduction program seems to be working in California (there are even plans to release some in Redwoods National Forest in 2019), the program is having trouble keeping a stable population in Utah/Arizona due to the high use of lead bullets. Lead is the leading cause of death for the birds and nearly 30% of the Condors tested in the region have lead poisoning.

Condors live among the caves and crevices of the high cliffs. So if you want to see them you have to go up there!

In Zion National Park the scavengers are doing better. Condors can soar 15,000 feet high and travel 150 miles a day so it makes sense that these power gliders would enjoy nesting on the highest sandstone cliffs in North America. I have seen them many times on my visits to the park but I never got any pictures of them because I usually on carry one wide angle lens on my backcountry escapades.  My telephoto is heavy. It’s heavy enough I need a tripod for it and it’s heavy enough that my travel tripod isn’t sturdy enough, which means I have to bring my heavier tripod to hold my heavier lense. So I don’t go hiking with it. Even so, this weekend I decided to only bring a telephoto and to go specifically to look for some shots of these incredible birds. I’m amazed that I live in a place where I can wake up in the morning, decide I’m in the mood to go look for endangered Condors, and then actually go find some and successfully photograph them on the same day!