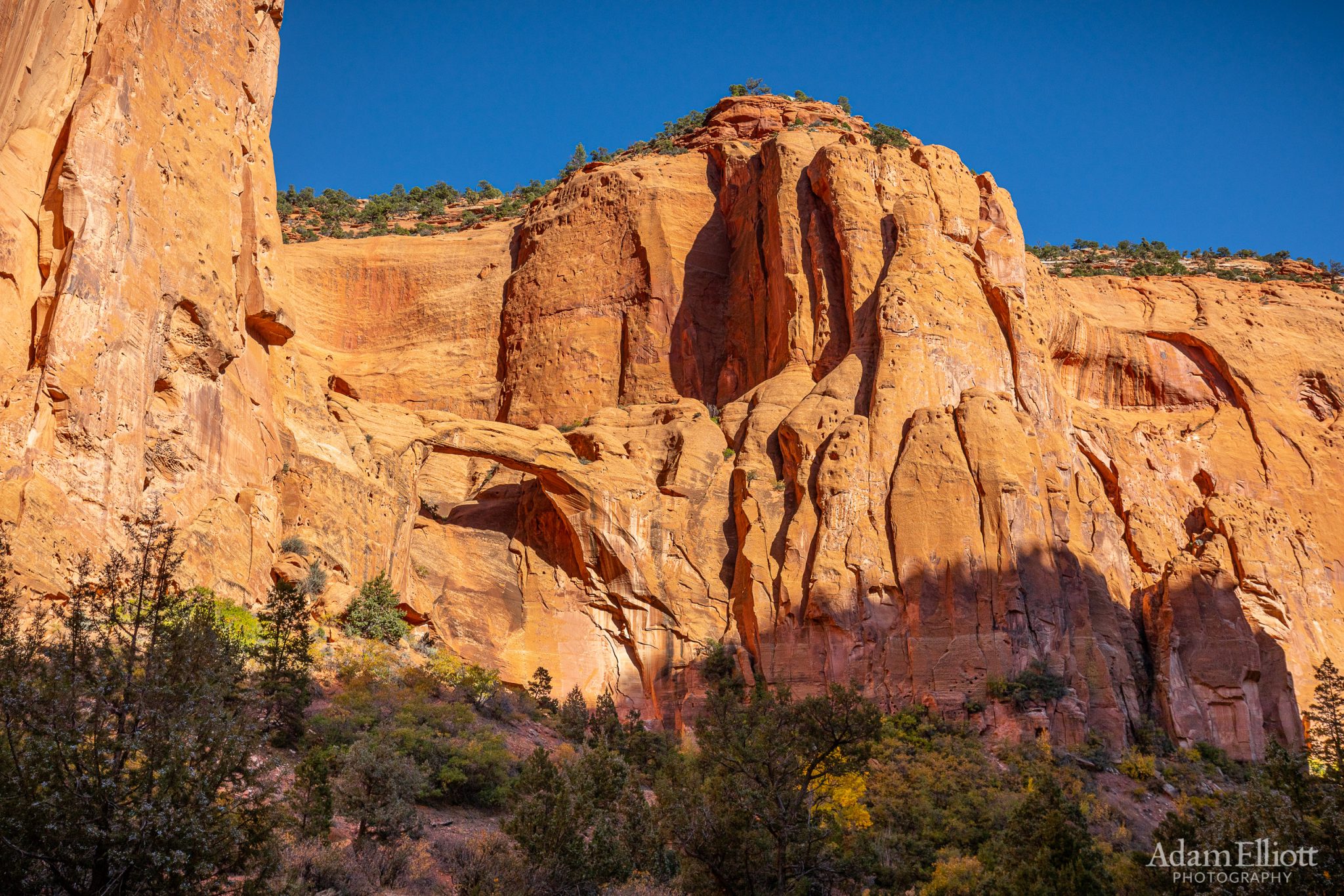 Lamanite Arch is in a remote canyon found in Grand Staircase Escalante National Monument, near the Circle Cliffs. I had been wanting to go see this arch for years and noticed a few roads get pretty close to it. So last October I decided to try out a serpentine route that might get me there in only 3 miles.

My first major disappointment of the day was that the road I wanted to take from the Lampstand area was washed out at least a mile before I wanted to stop using it. And it coincidentally happened to stop being usable at the bottom of the steepest part of the road. So that automatically added an extra strenuous mile in and one extra less-strenuous mile out, already making the route, possibly, not the shortest option. Then again, I don’t know what the the other roads are like either.

The sun was already pretty high and while i think the total distance to the top of the cliffs is less than two miles, it’s rugged at times, and I wasted some energy climbing up and down the wrong washes in an unpredictable badlands area full of steep soft slopes and deeply twisting ravines in the Chinle Formation.

My second disappointment was the evidence of major cattle ranching once i got into The Gulch. There are cow trails everywhere and once i got into the canyon containing Laminate Arch, I ran into a herd of cows that looked like they were pretty much camped out there. I was surprised because the whole area is in a wilderness study area, so I wasn’t expecting commercial ranching.

The canyon has what seemed to be a permanent stream but it was seriously polluted by the cattle and had nearly turned into a smelly, trampled marsh. Even though I kept trying to get around them the cows would freak out and charge in front of me a few hundred yards up canyon. Then i’d have to go through the same hassle again for well over a mile.

Other than the cows I had a great time. The arch was really cool, the canyon containing the arch had a very remote feel with outstanding sandstone walls, and in general the route offered a lot of variety and problem solving.