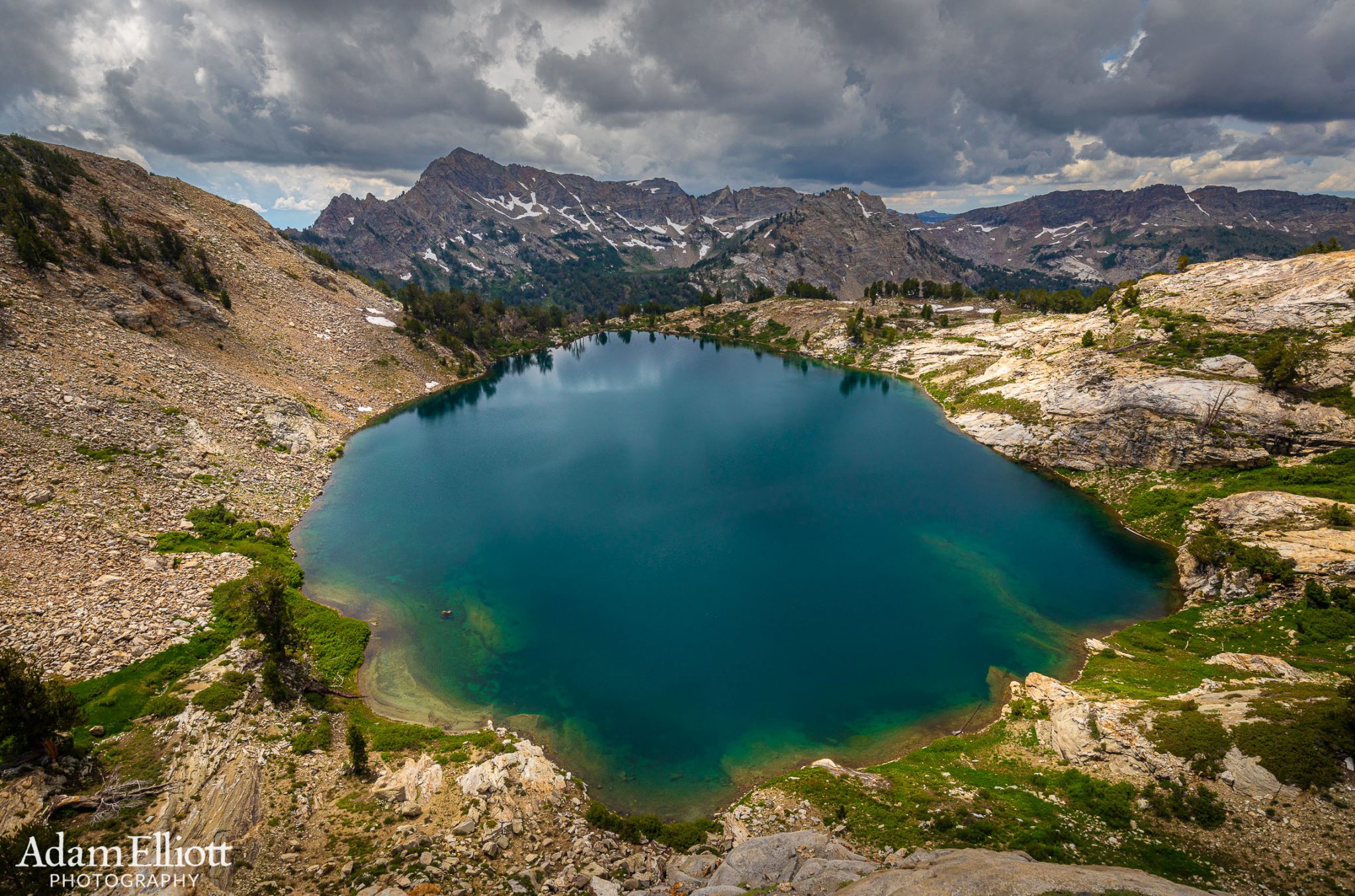 The Ruby Mountains are an isolated and glaciated granite mountain range in northeast Nevada. I first heard about them from my next door neighbor in Alaska years ago but last summer on my way back from Montana I was finally close enough to justify a side trip and see what was going on over there. I was glad I did.

When I arrived, I had just done two off-trail, somewhat treacherous mountain hikes in Glacier National Park. I was primed for some more glaciated mountain exploring. From what I had read there weren’t a ton of trails in the area, so I decided to take a route that would allow me to see a lot of the immediate area in one day, connecting at least 8 lakes, to make a 10 mile loop. It would be half on and half off trail, and get me across several valleys and passes. The first several miles of this route took me on the most popular trail, up to Liberty Pass at 10,450ft.

Weird fact: the Ruby Mountains are the only place in North America where you can see the Himalayan Snowcock. They were introduced as a game bird in 1963 and have established a population above treeline. I have no idea what the negative effects of that were on native wildlife but it’s neat to be able to see a Himalayan bird in these sky islands. I kinda wish they’d introduce some Alpine Ibex. I’d enjoy having to worry about being killed by one of those, and i want some pictures.

Above is Liberty Lake. The viewpoint here is a few hundred feet lower than the pass but less than 1/2 a mile away on top of a cliff almost straight above the water. Across the valley is a great view of Castle Lake beneath Lake Peak. Liberty Lake is beautiful when the sun shines on it, but at this point I had decided I should abandon my original plan. As you can see in the picture is was already looking gloomy. Gloomy is fine with me but the deal breaker was that in every direction were rapidly growing cumulus towers. I could feel the instability in the air and it was far too early in the day for the stage that things had already progressed. I decided to play it safe and head back the way I came. I’ve already had my fill of violent mountain storms on exposed ridges and steep wet slabs of granite.

The rain had been light and steady. I thought I might get off easy. But the clouds were getting very dark behind the pass where I’d seen the lake. At some point I looked back and saw what looked like a volcanic eruption. A huge plume of clouds rose up behind the valley headwall at a high rate of speed. It was more like they were being pushed rather than rising of their own accord. After they rose about 400 feet they started coming back down at the same rate of speed, on my side of the mountain. I knew at that point I was going to get nailed. I was 3/4 of a mile from the back of the valley but in less than 60 seconds I was hit by a violent wall of wind and sleet. The sleet was joined by hail moments later. Then the temperature plummeted like a ghost had entered the room. I had to seek shelter under a tree and immediately and put on all my clothes.

This is how the day ended. But the storms weren’t over. They continued to grow, and followed me all the way back to Elko, where there was some violent rain after sunset. Additionally all the lightning had started a brushfire west of the mountains and it closed the highway i was taking the next morning. I think they had just closed it after i had already gotten on it, so I had to backtrack 12 miles and take a very alternative path that was over 100 miles of dirt road around the other side of the mountains.

As I mentioned, most of Lamoille Valley is burned up. But there was fresh spring growth coming out of the ashes. Unfortunately it does ruin miles of otherwise pretty scenery. The misty rain created outlines of the U-shaped glacial valleys.