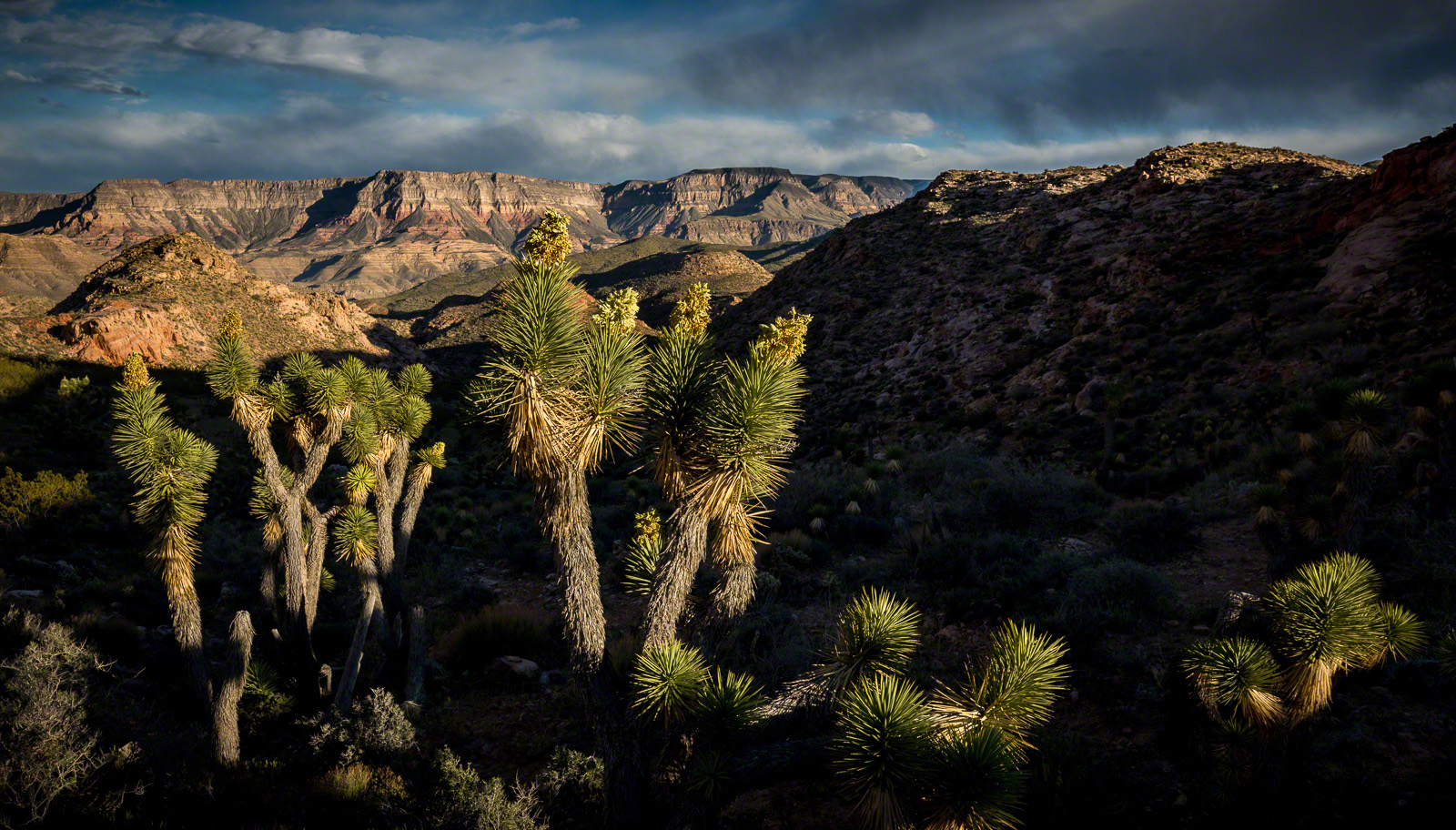 Introduction to the Virgin River Gorge

One of America's Most Underrated Canyons

Every day thousands and thousands of people travel through a major canyon in Arizona called the Virgin River Gorge, yet almost none of them realize it. It’s impossible not to NOTICE you are driving through it but it happens so fast that most people would never have the time to understand what was happening. Interstate 15 cuts right through the canyon in between Mesquite and St. George, but it wasn’t in use before the 1970’s.

The traditional route of travel, and the one that makes much more sense, is Old Hwy 91 (formerly the Arrowhead Trail), which roughly followed the Old Spanish Trail, in use since the 1700’s. The route was in use possibly hundreds of years even before that because it was (and still is) the route providing the best balance between distance, energy use and risk. But in the ambitious engineering decade of the 1950’s someone decided or convinced their superiors that instead of upgrading Hwy 91 it would be better to build a brand new Interstate-grade highway right through the middle of the spectacular gorge to save twelve miles of travel. In hindsight, that was a very questionable decision. By the time it was done in 1973 the project had become the most expensive road project in American history, with a price tag in today’s money of over 50 million dollars per mile! The constant maintenance it requires is extremely costly due to the original placement of the road. It’s also one of the more dangerous stretches of Interstate Hwy in North America. Major wrecks on the tight, steep turns regularly close it down and often result in deaths. Lastly, the mountainside blasting, multiple re-routings of the river, the permanent destruction of an amazing river narrows and eternal loud noise has arguably ruined one of the more impressive canyons of the American West, worthy at least of State Park status. But it does save 12 miles between Calgary and Los Angeles. However, that 12 miles is reduced to very low Interstate speed limit of 55 mph through the tight miles of the gorge, whereas travel on Hwy 90 even as a two lane bumpy road is safe at 80 mph for long stretches, so there’s that.

Because there is an interstate running through it most people don’t consider it worth stopping. Despite that the canyon offers a lot of off trail hiking, climbing and even rafting opportunities. On my first visit i wandered around to nearby rock formations and explored a dirt road route that climbed out the side of the canyon but that trip led me to come again and do a more rigorous hike with a specific destination. I had seen this crazy rock formation that looked like a sinking ocean liner. A huge block of rock in the center of the canyon appeared to be sinking into the mantle while the rest of the canyon rose higher and higher.

Getting there seemed straightforward from the Cedar Pockets campground area. There are no bridges (except the interstate) crossing the river so hiking on the south side of the gorge requires fjording the Virgin River. Usually this is no problem if conditions are normal. After 3 river crossings and a short trek across a blazing hot alluvial fan I made it to the base of the “sinking battleship”. I wasn’t feeling well though, due to not being acclimatized to the blazing mojave desert. So I decided to be humble and hung out in a narrow strip of shade at the base of some cliffs and using one of the millions of cow pies on the ground as a marker I waited for the shadows to grow long enough to reach it.

The shade grew faster than I expected and after a good 30 minute break I was on my way up the strenuous part of the hike. For once things turned to be easier than they looked from far away, until I got near the top. The last 50 to 100 vertical feet are very steep exposed limestone that has been sharpened by the elements (or acid rain) to the point that it easily cuts into your skin and shoes. I have incurred deep cuts on my palms and fingers several times in the last year on this stuff, so I have started wearing gloves on these rocks.

The views were great and the sun had accelerated downward on the return trip making for much better light and temperatures. Having made a succesful trip i took my time on the way back, enjoying the now cooler shade along the river, and i found a route back that only included one water crossing instead of three.