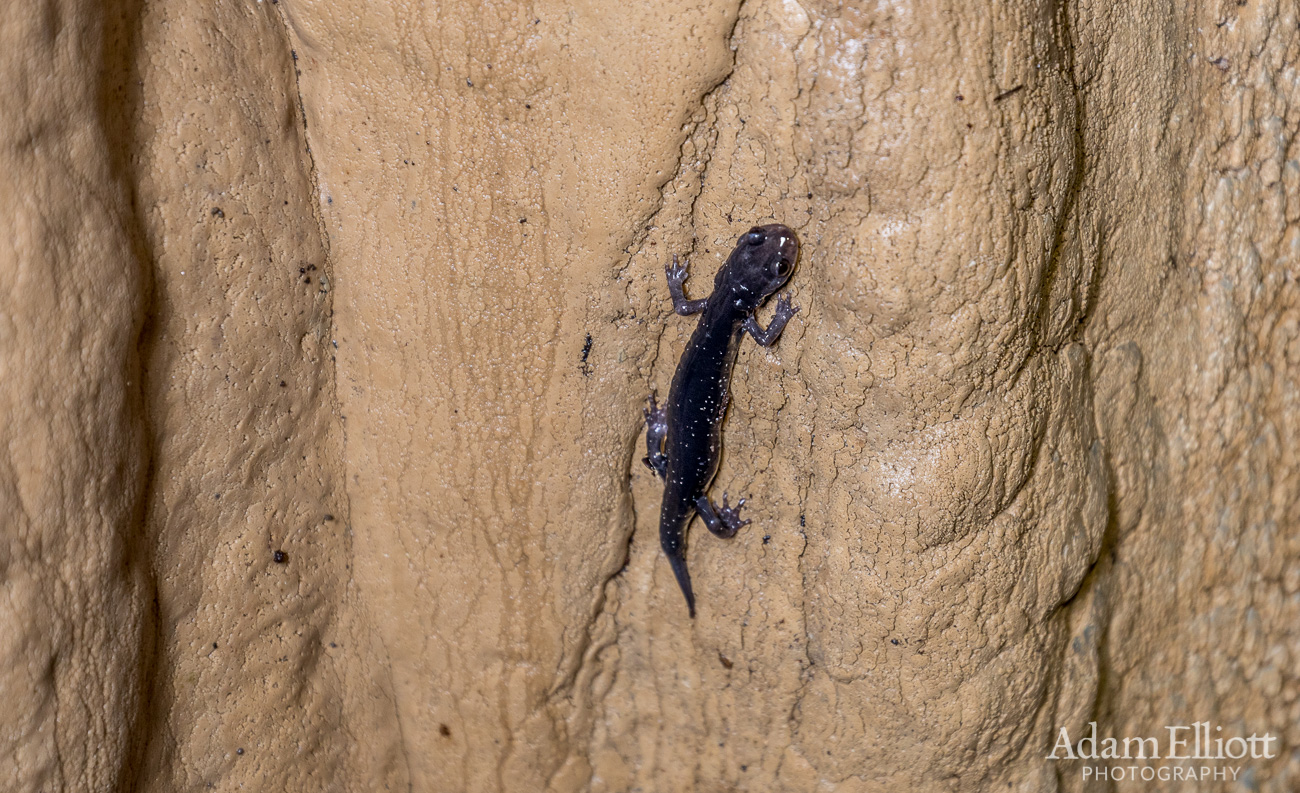 I finally found a new cave after a lifetime of searching

I discovered a new cave in North Alabama (now known as Cave AL4683) three years ago while I was on the way to what I suspected might be another cave. I returned a few days later with a friend to pinpoint the location of the entrance on GPS in order to find out if it was listed in a cave database. There turned out to be no record of the cave. Peering down inside the pit, we could see what appeared to be flowing water and hints of a passage that led somewhere else. The next step was to get down inside.

Unfortunately I don’t live in Alabama anymore. It was two years before I was able to complete the journey. I travelled to Nashville in August of 2017 to view the total eclipse so I set aside a few more days to get down to Huntsville, learn to use ascending gear, and descend into the unknown. It was a tight schedule right before I left for a month of travel in Bolivia.

The logistics went well until I walked 20 feet from the car with all my gear and 300 feet of sturdy caving rope draped over my shoulders. The moment I stepped off the shoulder of the road and into the woods I folded my ankle severely and heard a loud pop. I blame it on the extremely worn out hiking boots I was wearing, which were worn out far more on the outside of the heel than the inside. It had been years since I’d worn them (I keep them in my mother’s garage just to have a pair of junk shoes down south) and I was no longer used to how they handle.

Even though the fold was about the worst I’ve experienced, I felt like I could keep going. I found out later I had sprained it, and being in a weakened state, I sprained it several more times on the way up and down the mountain. I was only able to continue because I kept moving and it hadn’t swelled up yet.

On the left Jeff sets up the anchor. On the right is a rare photo of me! That also shows how narrow the entrance was. With ascending gear it’s a tight squeeze but opens up a few feet below ground so that you can’t reach the walls.

The entrance is so obscure that, after more than a two year absence it took us almost 10 minutes to find it despite having made a GPS reading the last time we had visited. Once there, things went well, and before long I was standing in the bottom of a 75 foot deep pit that was highly decorated. There was, of course, the prerequisite Alabama welcoming package consisting of a Bud Light can on the floor that someone had thrown down there. There were also a couple of corroded D size alkaline batteries. I’m sure someone had thrown down the beer can, but the batteries left open the question of whether anyone had explored the pit in the past. They were old batteries, not the kind a caver would use. The owner of those batteries would not likely have the rope or skills necessary to get into the pit. More likely they came up the hill with a cheap Walmart flashlight, shined it into the pit and realized the light was totally inadequate so see anything, then got frustrated and simply threw the batteries into the cave to hear how deep it was.

The best evidence I had that nobody had been down there was that every single rock in the bottom of the pit was unstable and rolled or collapsed under my feet. I took some pictures, and followed the slope downward. There was a slight drop and a short corkscrew twist that dead ended in an adjacent shaft. Looking at the floor I could see the walls continue downward beneath the rubble. Although I was disappointed that there was no passage that led anywhere at the bottom, I was happy with how decorated the cave walls were.

Having found and explored the cave the next step was to measure it, create a map, and fill out the appropriate paperwork so that I could get credit for it and name the cave, providing it met the minimum dimensions for a “cave” rather than a “karst formation” It appeared that it did meet those requirements, and I decided I would name it Fisher’s Pit, after my favorite dog in Alaska.

This was in August of 2017, 2 years and 6 months after I had found it in February of 2015. At that point I had posted a video on Facebook of me dropping rocks into the hole. But, alas, after all this effort it seems like I don’t get to name the cave after all. A month after I had gone down there, some other person went into it and they submitted the paperwork sooner than my friend got around to completing the account of our visit. The way the American Cave Association works it’s the first submission of the paperwork that counts, rather than the date or evidence of the exploration.  In the meantime, i’ve moved on to new discoveries in other places.