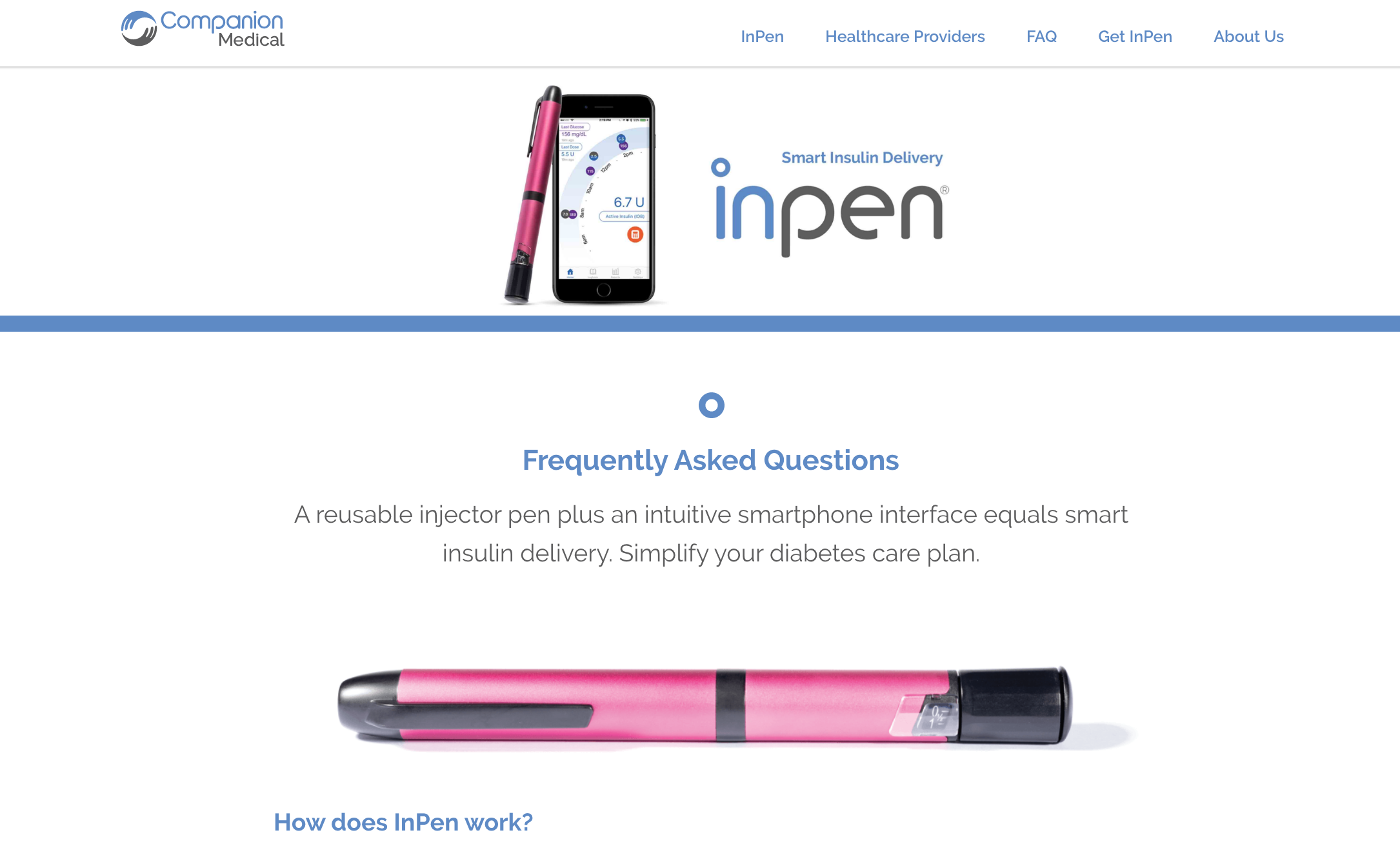 This spring a quick turnaround commercial project fell into my lap out of the blue. A medical company needed some photos of a prototype device to create mock-up packaging at a trade show, and they needed it fast. I didn’t have any information to go on so my imagination was running wild with dark sci-fi laboratories. The last time I’d been around experimental medical technology was when I visited a friend at Stanford studying neuroscience. He took me into some dimly lit rooms where some rather disturbing things were going on with sheep. The kinds of things you have dreams about days later.

When I got the device it simply looked like a magic marker. So I took some pictures that day and never really expected to hear about it again, which is not uncommon for some commercial work.

A few weeks ago I found out the device had made it to the market, and had been featured on an episode of the Today Show. The InPen is a reusable diabetes injector pen with an intuitive smartphone interface made by Companion Medical. You can check out their website or look at some non-interactive screenshots below featuring the pens. Website by Tenth Muse Design.