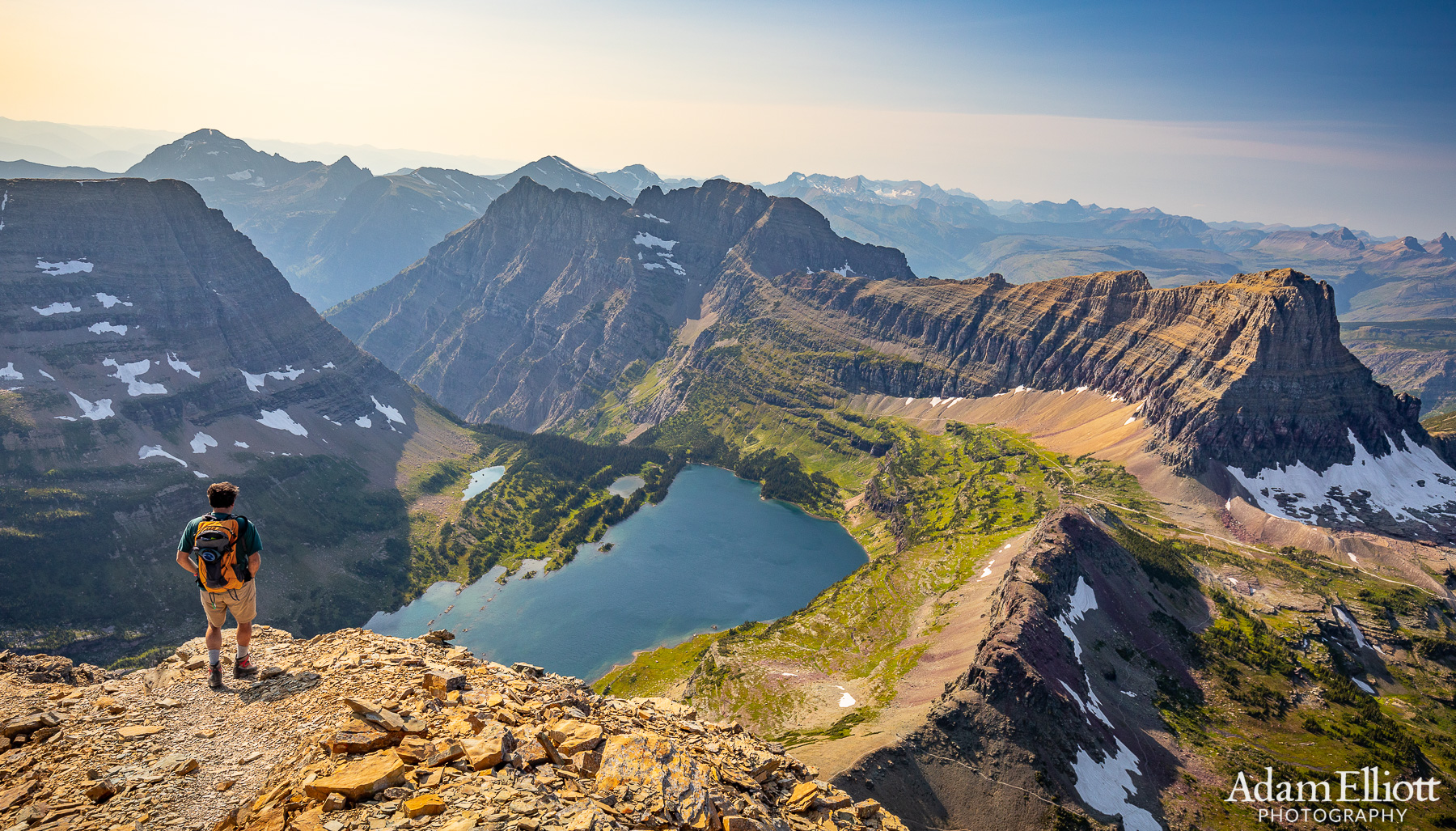 This summer I was able to climb my 17th mountain in Glacier National Park. Mt. Reynolds is one of the two peaks that frames the famous Logan’s Pass. It’s nearly in the center of the park, so the views from the top are appropriately amazing. I was offered the “Grand Tour” by my friend Stephen, who has been up the peak several times. Stephen and I used to work together at Swiftcurrent Motor Inn. Since then he has become a formidable mountaineer, climbing over 100 of the peaks in the park, some with Gordon Edwards, who wrote the famous Climber’s Guide to Glacier Park. He’s climbed much larger peaks outside the park, including Denali. So i was in good hands. It was to be the first peak in the park i’d tried since the 1990’s.

Reynolds Mountain is an off trail mountaineering route that involves great exposure at times and requires mountaineering experience. The Grand Tour involves traversing a pretty frightening narrow ledge all the way across the North Face of the peak. It was a great day with no issues. Enjoy the pictures!

Looking down at Stephen from the top of the gully on the left, and on the right looking up at what was next.

The two of us on the summit. It was very windy that day and my hat was tied to my head because the wind had already blown it away earlier.

An overview of Logan’s Pass. Mt. Cleveland, the highest peak in the park, can be seen in the far distance left of center. I was with Stephen when i went to climb that peak too. Pollock Mountain is the summit pyramid on the right and on the far right is Yellow Mountain. What appears to be the highest peak right of center is Mt. Gould, which i climbed with my friend Jimmy Gordon.