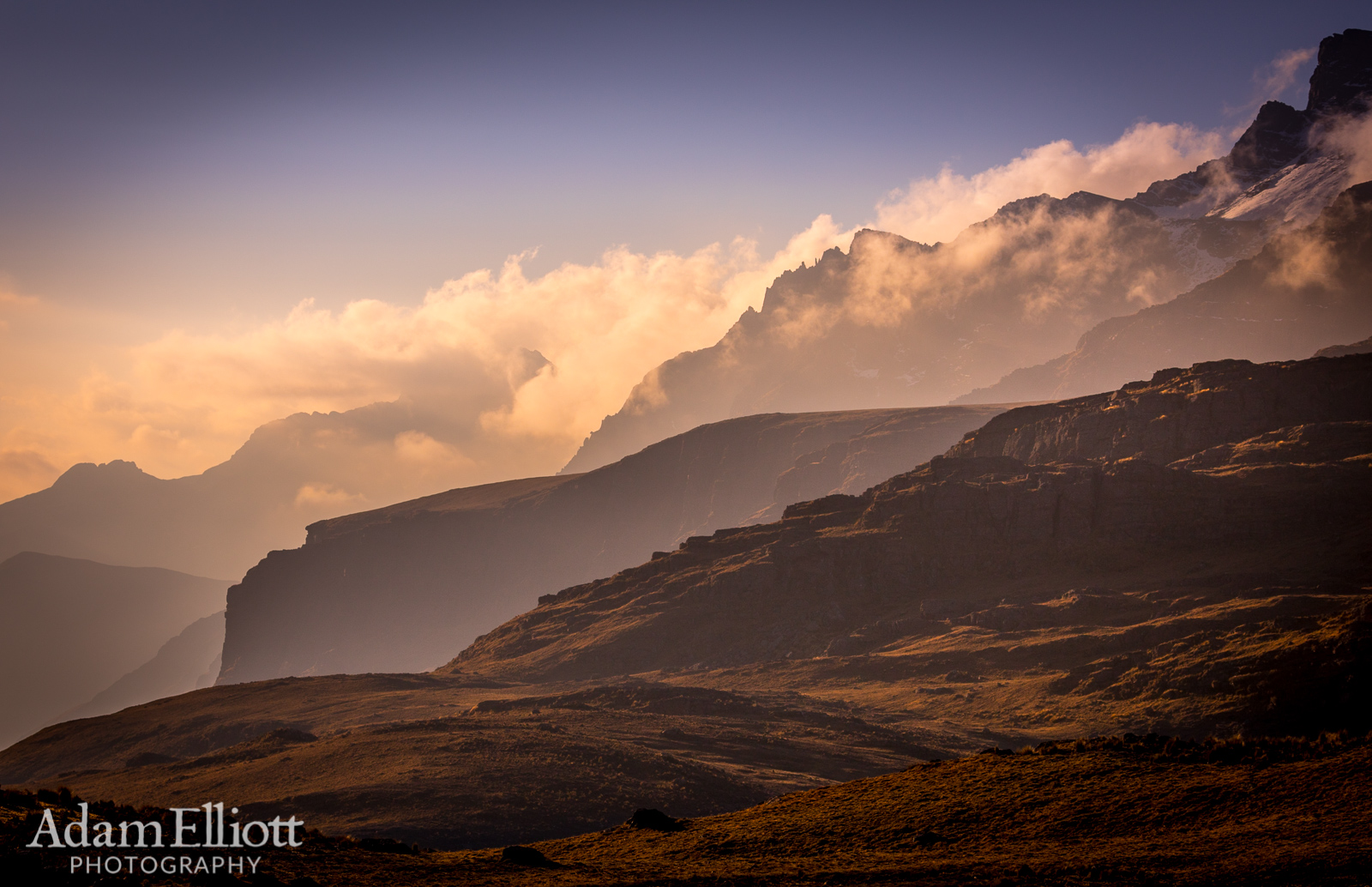 Climbing over 16,000 feet in the Andes Mountains

Waking up in heavy rain on a cold morning at Lake Titicaca we were ready to leave and head towards the jungle. The Amazon was sounding more inviting to me the longer we spent on the arid, harsh altiplano. But, we had one more destination first, and a day and a half of driving.

Unfortunately we could not find any way to avoid another drive through the slums of El Alto above La Paz. To make things worse, that protest that shut down the highway was STILL going on 4 days later. As we drove through the rough dirt roads to bypass it we saw hundreds of police arriving in a caravan of tour busses. It looked like the government was getting tired of the event. Bypassing the protest and navigating the maze of half-dirt roads in El Alto ate up 2 hours of our day, but after that things went remarkably well.

Late in the day we arrived at the centrally located city of Cochabamba at an altitude of 8,300 ft. We had descended over 4,000 feet from the altiplano to an expansive valley in the Andes. Cochabamba is referred to as the Garden City or the City of Eternal Spring and is the 4th largest city in the country. The climate was ideal, confirming that moniker. Altitudes around 8,300 ft (2,500 m) seem to be a sweet spot for comfort in the Andes, based on the my visits cities at that altitude in both Bolivia and Peru.

For the next three nights we stayed in a nice boutique hotel called La Tua Casa Hotel Boutique. This hotel, along with El Pueblito, was the nicest lodging experience that we had during our trip. The rooms were very nice and comfortable, the breakfasts were great, the hosts were extremely polite and helpful, and it even had an indoor pool and sauna.

Cochabamba was also the nicest of the large cities we visited, with a clearly visible middle class. We were stunned that there was a legitimate, modern grocery store only a few blocks from our hotel. At this point in time though, I was tired of taking pictures of the cities, or even exploring them for anything other than food.

Our biggest reason for being in Cochabamba was the nearby Tunari National Park. I simply wanted to visit the high Andes, which I had never done, despite flying over them in Peru. Ben though, who has little experience at high altitude mountainscapes, had the more ambitious idea of climbing the highest mountain in Central Bolivia, Tunari Peak. That sounded, frankly, preposterous. The mountain is 16,500 feet (5,029m) high. I was still feeling under the weather and imagined deep snow, splintered glaciers and eternal icy wind, like when I climbed Mt. Rainier. He claimed a road went most of the way up and it would be a piece cake. I had no expectations whatsoever that we would be climbing that mountain, but if it was the highest one around there had to be plenty of other worthwhile things to do around the base of it. So I was very surprised when, after two hours of driving up cobbled and dirt roads, we arrived at a sputtering stop at the base of the mountain less than 2,000 feet from the summit. I say sputtering because our car barely had enough oxygen to keep the engine firing.

We had some lunch and started up. Ben was doing much better than me. In time we drifted apart, exactly as you should not do on a high altitude mountain. I felt terrible, but as long as I regulated my breathing and walking, keeping my heart rate manageable, I made steady, slow progress up the mountain. I had to be very patient with myself, especially as the mountain steepened on the upper slopes, taking only 2 to 4 steps between breaks. Miraculously I began feeling better, somehow, for the last 25% of the climb. I made it on top in 2.5 hours, stayed up there at least 20 minutes to enjoy the incredible view, and made it back down in 1/2 an hour. I don’t think I even touched any snow! That had shattered my high altitude record.

The landscape of Tunari is spectacular, with vast fields on rolling tundra and rectangular cliffs above intriguing valley lakes. The cobbled road we were travelling supposedly stretches all the way to La Paz. Our single day seemed brief. Tunari was one of the few places i would easily agree to go visit again.