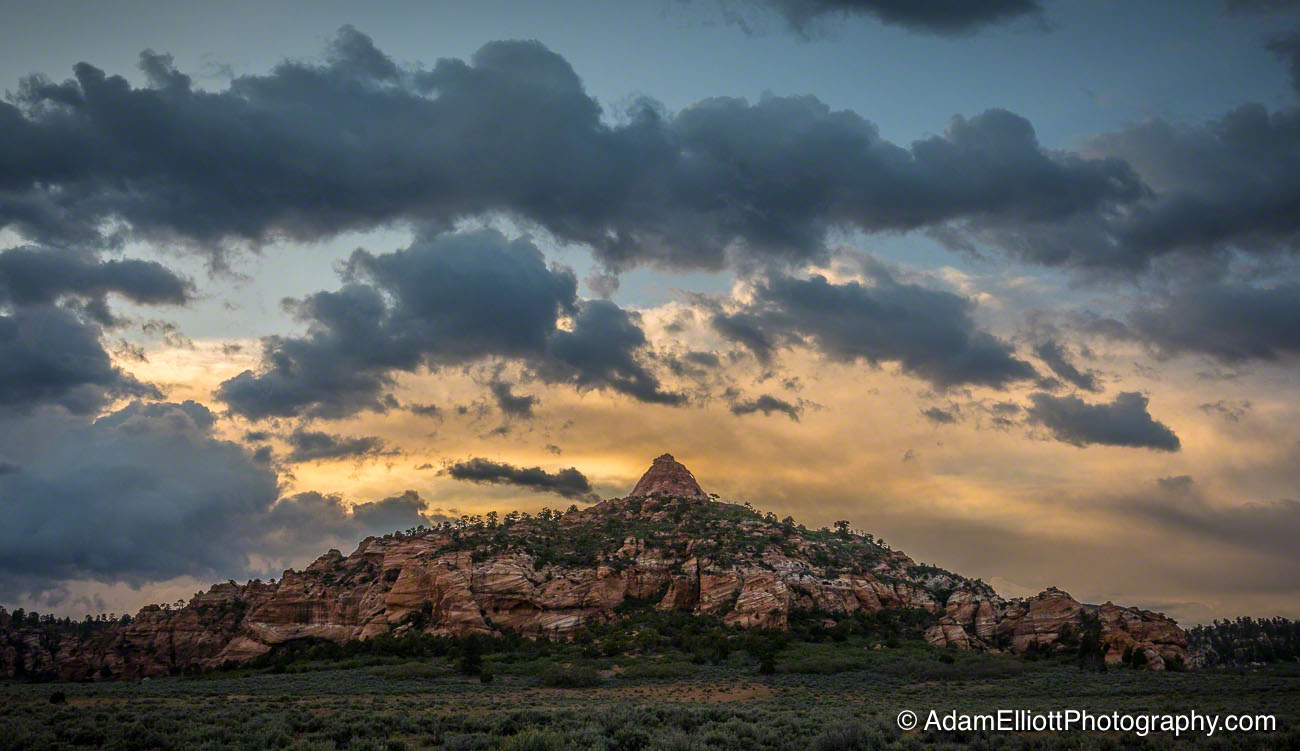 Bordering Zion’s Kolob Canyons area is a square sect of 1,537 acres called Red Butte Wilderness. There is not much information about Red Butte Wilderness. It was created in 2009 as a part of the Omnibus Public Land Management Act of 2009. The peak itself is supposed to be a fun technical rock climb and on the east side of the peak is a large arch similar to Bridge Arch in Zion. I had seen it a million times before acknowledging it as a place to go, but after I found myself running out of places to go on the Kolob Terrace I decided it was time to give it a try.

Approaching Red Butte involves driving driving through deep sand so a high clearance 4×4 is required. On my first visit to the area I wasn’t sure which of the numerous roads was the best one to use. As a result I ended up making a roundabout trip to the west side of the peak, where there is a canyon. I have no idea if the canyon has a name so i’m calling it Red Butte Canyon.

On the left a drive along the border of Zion. On the right was a sad scene where a deer had died from having it’s foot trapped in barb wire. It was a bad way to go.

I get used to the open slickrock and brush that is characteristic of mos redrock areas so I always find it interesting when I see rock formations in the woods with pine and fir trees. In the back of a tributary canyon, while looking for a way up onto Red Butte’s upper level, I found a circular arch in cliff wall. You can see it on the far right. It didn’t look easy to get to but I figured I’d give it a try.

Red Butte has a really cool arch on the top of it. You can’t see it from the Kolob Terrace road but from the right angle it’s visible from miles away. It looks tiny but zooming in I think it’s comparable in size for Crawford Arch.